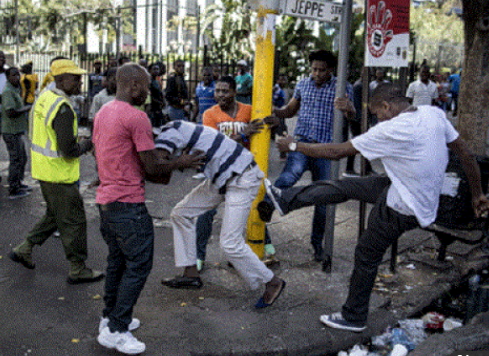 The Nigerian Union is currently mourning the brutal murder of two citizens in far away South Africa.

According to NU Press secretary, Olubanjo Adetola, a Nigerian trader identified as Adeniyi Olumoko, 37-year-old Ogun indigene was stabbed to death in his shop at Marabastard area of Pretoria on the 7th of October by a robber who stormed his shop. He was abandoned by other South Africans and bled for 5 hours before giving up the ghost.

Another Nigerian identified as Christian Onwukaike from Anambra state was shot in Empangeni town on the 16th of October by some gunmen in a moving car.

Onwukaike managed to drive himself to the hospital after the shooting where he eventually collapsed and died.

Olubanjo said the killings had been reported to the Nigerian Mission in South Africa.