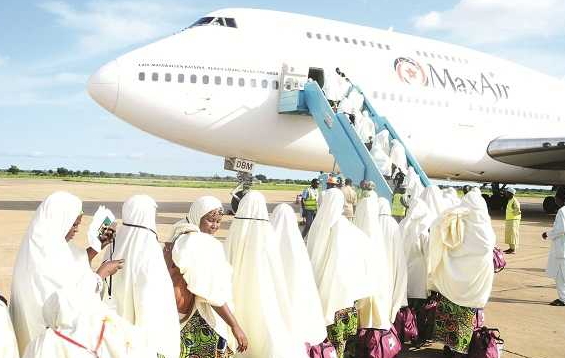 Buhari is not a happy man at the moment days after three Hajj pilgrims from Kwara state were caught with cocaine drug in Jeddah Saudi Arabia.

According to a source at the anti-narcotic agency who requested not to be named, Buhari is very disappointed and embarrassed. He reportedly ordered a mass probe of the agency especially the ones in Kwara state for gross negligence.

The source added that a woman was among the pilgrims arrested.

We also learned that Mr President felt that  “travelling standards” were compromised by the NDLEA officials, which negated the Federal Government’s stance on corruption.

The source added that the government is already considering a total overhaul and restructuring of the NDLEA.

The penalty for pilgrims arrested with hard drug in Saudi Arabia is death by beheading.

May God have mercy on these ones.