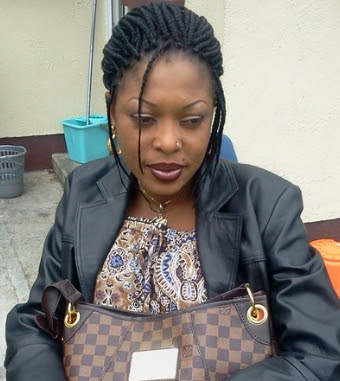 My most Embarrassing Moment By Nollywood Actress Folashade Omoniyi

There was a day I was driving from Family Ties location in Ikorodu and when I got to Ketu, I was held up in a traffic jam and I was the only one in the car. I didn’t know where these ‘area boys’ came from, and they were threatening to collect money from me. I had some money on me but I was scared based on the fact that I might be robbed. I was embarrassed and confused.

They were six and it was in the morning. One mobile police officer that was behind my car came to my rescue. He shot into the air to scare them away from me. I was so scared that I had to drive roughly. The mobile police man even led me to Anthony before we departed. Also because of the role of a prostitute I played in “Lepa Shandy”, the movie that shot me into limelight, some guys reacted negatively to it.

I didn’t have a car then and I was moving towards a destination when a guy approached me and said: “hello Lepa, I tried to ignore him, he was just raining abuses on me, that he was calling me and I didn’t answer him.

He said: “are you not the prostitute that a lot of guys slept with in “Lepa Shandy” movie. In trying to avoid him, he slapped me.