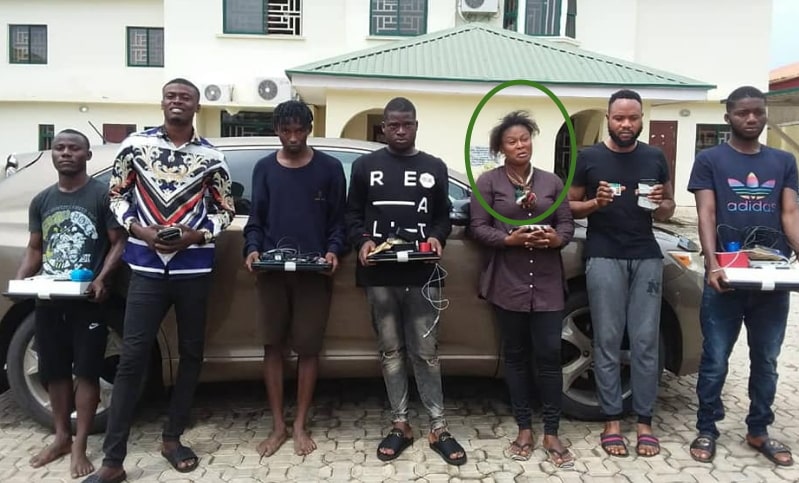 The Economic and Financial Crimes Commission (EFCC) Benin Zonal office said it arrested no fewer than 113 internet fraud suspects in eight months through its ‘Operation Re-wire’.

Mr Muktar Bello, Head of Operations, EFCC in the zone, said this on Monday during a news conference in Benin.

Bello said the arrest took place between January and August in its area of jurisdiction, including Edo, Delta and Ondo states. According to him, the feat was made possible because of the anti-graft commission’s new strategic plans to tackle the menace of cybercrimes in the zone.

He said that the commission secured 53 convictions during the period under review, while other cases were still pending in different courts. He said that several exotic cars, laptops, mobile phones, flash drives, internet modems and charms were recovered from the suspects. Bello said the commission, in collaboration with the Federal Bureau of Investigation (FBI), would soon bust cyber crime kingpins and personalities in the zone, using the new operation wire.

He gave assurance that the operation would ensure that businesses and properties established and connected to suspected cyber criminals would be confiscated.

“Very soon you will see us closing up car dealerships and raiding hotels, but all these are the end result of Business E-mail Compromise (BEC),” he said.

He said that the collaboration with the FBI had led to the arrest of a female suspected cyber fraudster, who allegedly worked in collaboration with foreign counterparts in a dark web. Bello said the suspect specialised in obtaining and stealing people’s identification information, which she usually forwarded to her American collaborator.

“Her collaborator uses it to file for the fraudulent tax return with the Internal Revenue Service, and she receives her cut through Bitcoin. “About 185 Bitcoin, which by current market value is over N656 million, has been traced to her,” Bello said. He also said that the commission had arrested a cyber criminal and two siblings involved in BEC.

He said that the modus operandi of the three suspects was to always search for victim’s official email addresses in the web.

He said that the suspects would soon be arraigned, adding that the commission remained resolute in eliminating cyber crimes in the zone.

Heartless Father Who Burned Son To Death For Stealing N500 From Neighbour Arrested!
Boko Haram Would Have Stopped If Not For Those Aiding Them – Army Commander