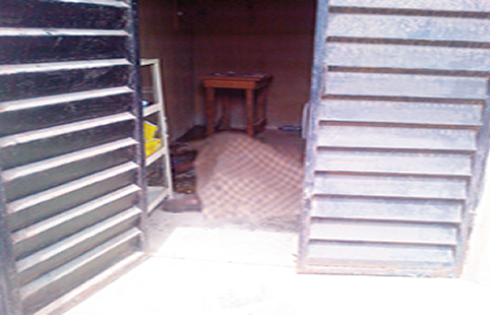 Feb 14, 2017 – Nigerian Woman Deported From London Murdered By Rapist In Her Shop In Mowe Ogun State

A 70-year-old woman, identified simply as Mrs. Egunjobi, a London deportee has allegedly been raped to death by a 33-year-old Dare Garuba.

Witnesses told our correspondent yesterday that the woman had taken two bottles of Alomo gin and became intoxicated.

When she started misbehaving, the suspect reportedly offered to lead her home so that she would not be injured.

However, when Garuba led Egunjobi into her shop, he decided to take advantage of her. The incident, which occurred about 11p.m. on Sunday, forced some of the traders in the area to shut down their shops yesterday when the news of her death filtered into town.

It was learnt that the suspect was the only one who approached Egunjobi and called the attention of some of the residents to the woman.

The Coordinator of Oodua People’s Congress (OPC) in the area, Mr. Bamidele Ayeyemi, said they were outside about 11p.m. when a Hausa man, who went to defecate in a nearby bush close to the woman’s shop, discovered that her shop opened.

According to Ayeyemi, the man raised the alarm, thinking that armed robbers had broken into the shop.

He said: “Some of my boys and I, immediately we heard the man shouting thief, thief, we called for reinforcement and went round the market.

“Unfortunately, when we moved closed to the woman’s shop, the suspect opened the door and bolted. “When the suspect was trying to escape from the scene, one of us was able to identify him as Dare. That was how we started searching for him in the community.”