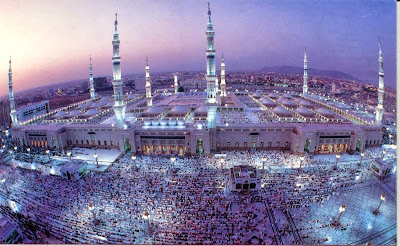 A muslim woman from Bauchi State has met her untimely death during a holy tour in Medina, Saudi Arabia.

According to Alhaji Yahaya Miya, the VC of Bauchi’s Mirul Hajj team, Adama Habibu fell to her death from the 11th floor of a high rise building in Medina Saudi Arabia on Monday October 7th, 2013.

Habibu’s death was confirmed during a news briefing before the departure of the sixth set of pilgrims to Gombe International Airport.

Yahaya said: “When we received the information, we investigated the incident and confirmed that one of our pilgrims called Adama Habibu, from Gamawa Local Government Area, fell from 11th floor of a building and died in Saudi Arabia.”

Yahaya Miya, Speaker of Bauchi State’s House of Assembly, said Bauchi State Government and the Hajj team had condoled with the family of the deceased and assured that all Bauchi State pilgrims were in good condition.