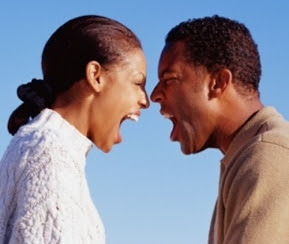 Mrs Kehinde Alade, a 38-year-old alleged tigress wife has been charged after she broke her husband’s nose during a fight at their home in Ado Ekiti.

The woman was charged on Monday by a Chief Magistrates’ court after her husband, Adebodun Alade landed in a hospital.

Police Prosecutor Johnson Okunade told the court that she gave her husband an head-butt around 8pm on Thursday the 19th of October 2017 at the couple’s home in Onala Area A during a scuffle.

When the charge was read to her yesterday, the accused pleaded not guilty. Her counsel Barrister Busuyi Ayorinde begged the court to grant her bail, promising she will not jump bail.

Mrs Kehinde Alade was granted N100,000 bail with one surety in like sum.

She is to return to court on the 4th of December.