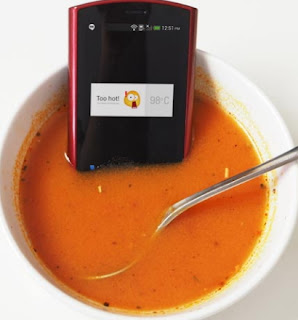 A middle aged woman was on Wednesday arrested at the Ibara Prisons in Abeokuta while attempting to smuggle a mobile phone wrapped in a cellophane bag using a soup prepared for her boyfriend who was remanded in the prison.

The accused, Fatima Balogun was caught at the entrance of the prison yard during a stop and search.

Here is her confession shortly before she was handed over to the police for prosecution.

“I hid the phone inside the stew because I know they will not allow me to take it to him in the Prison. I did not know it is bad. I wrapped it in a cellophane bag.

We have been together for two years. I live with my father having been abandoned by my husband who left me with two children. I regretted my action and I plead for forgiveness.”