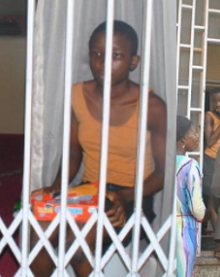 Lagos Business Woman Locks Up Orphan Maid, Gives Her Box Of Biscuit As She Travels To London For Vacation

Meet 13-year-old Oseh Nkechi, a young maid rescued by Lagos Police from the house of her boss in Lagos yesterday weeks after she was locked up.

Police stormed the house after receiving a tip off from a neighbour , Betty Ifeoma who said Nkechi was locked up by her boss who left her with two boxes of cabin biscuits before she travelled out of the country to London for vacation. 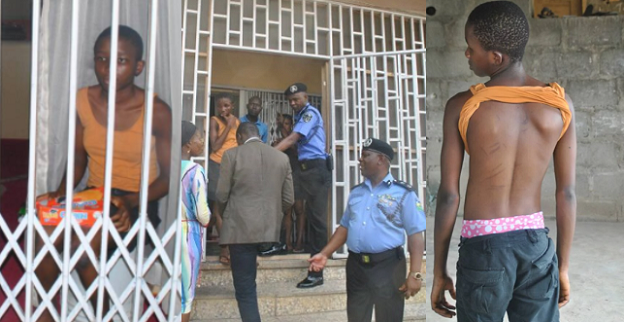 Since her uncle brought her to  Lagos from Igboju in Delta state, Nkechi who lost her parents when she was a baby has been subjected to series of domestic attacks.

Here is what she told police after she was rescued on Wednesday.

She has been placed under the care of Lagos state Ministry of Youth and Social Development.