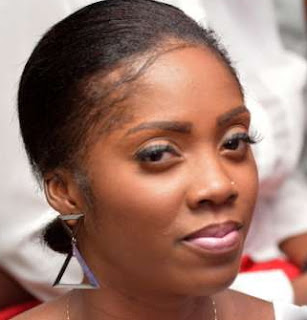 It is no longer news that Tiwa Savage has denied her second pregnancy, but what is not new is that she has denied being pregnant before.

On Monday it was reported that the pop diva was expecting her second child with her husband TeeBillz. Before fans could send their congratulations to her, she shot it down swiftly with a disclaimer: nothing here, just ‘a happy weight gain’.

This is not the first time Ms Savage would have to debunk news of her being with child: in 2013 just before her wedding ceremony in Lagos, it was reported that she was pregnant. She refuted the claim by describing her tummy bulge as a result of eating ‘too much puff-puff’ at an event.

‘I think they got those stories because of (what happened) yesterday (Saturday)…and what happened was that I ate too much puff-puff that made my tummy bulge,’ she said at the time.

Even before she gave birth to her baby in 2015, the pop diva denied she’s pregnant until she could no longer hide it from prying eyes.

Meanwhile, an entertainment insider who confirmed Tiwa Savage’s 2nd pregnancy with NaijaGists.com is of the opinion that she might have miscarried her pregnancy.

The source said it is easier for Tiwa to deny the pregnancy than to tell fans she lost it.