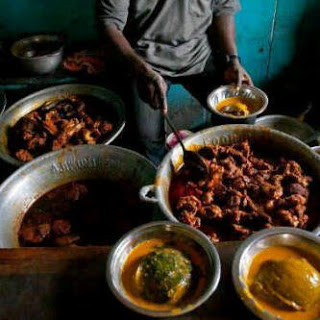 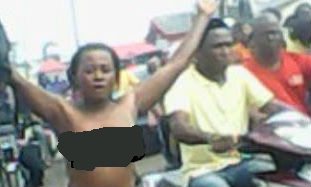 The story you are about to read is a true life story that happened in Port-Harcourt. It reveals the danger of eating at illegal bukas across town.

Please read this with an open mind. I hope you will learn one lesson or the other from it.

According to several eye witnesses, the lady pictured above hails from Akwa Ibom State.

She is the owner of a popular buka in Aleto, Eleme LGA of Port Harcourt, Rivers State.

On this fateful day, we learnt she started behaving in a strange manager, she tore her clothes and began confessing on how she used charms to grow her business.

During her confession, she said she uses water used to bathe corpses with her food as well as water from her private part and menstruation blood.

She further confessed she used all these bizarre things to attract customers whose destinies she used in growing her business.

After the confession, she ran mad and ran into town naked confessing to everyone who cares to listen to her. 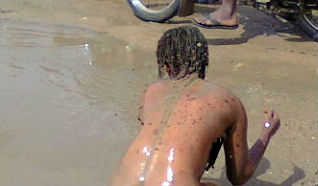 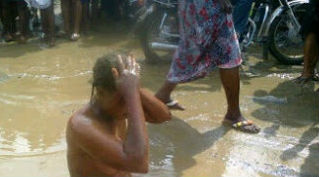 When the news of her confession reach her customers which include Okada riders in the area, angry mob descended on her and beat the hell out of her.

If not for the quick intervention of policemen in the area, she would have died.

The policemen took her away for investigation.

This is why I hate eating outside.

May God protect us all.