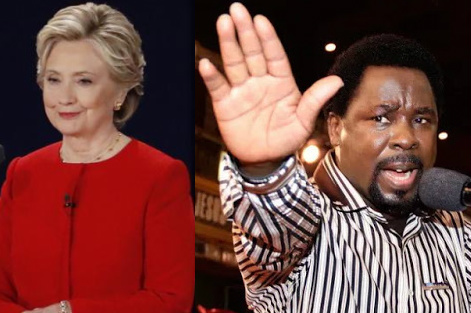 As at the time of this report, Naija prophet TB Joshua is the 3rd topic trending on Twitter in Nigeria after Hillary Clinton conceded defeat to her opponent, Donald Trump. 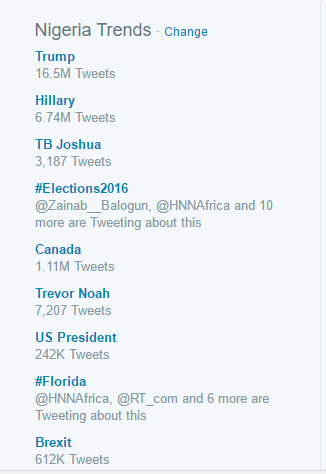 On Sunday, Temitope Joshua told his followers that God showed him a woman will become the next US president in a narrow victory.

He even urged Donald Trump to take heart.

Here are some funny responses to TB Joshua’s failed prediction…. 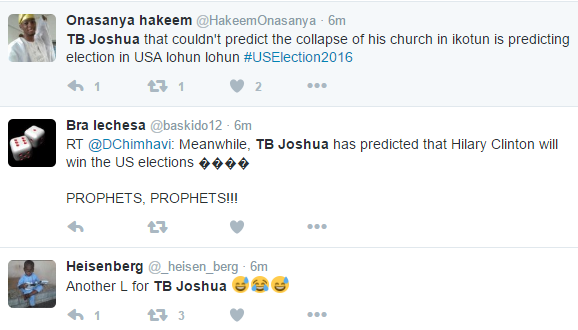 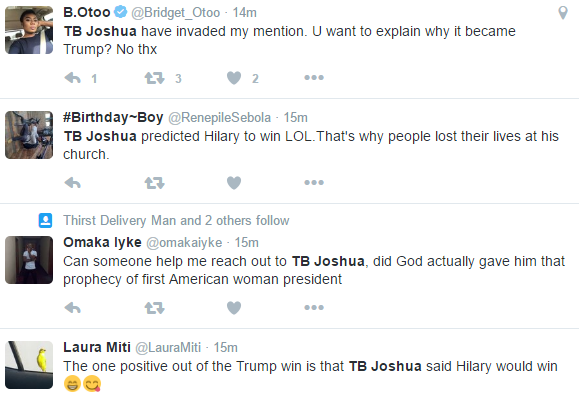 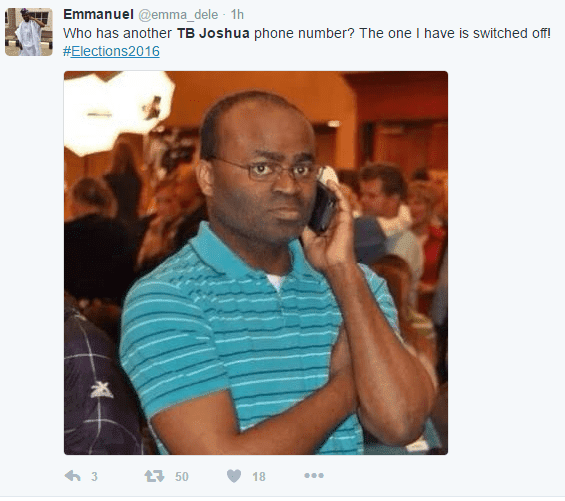 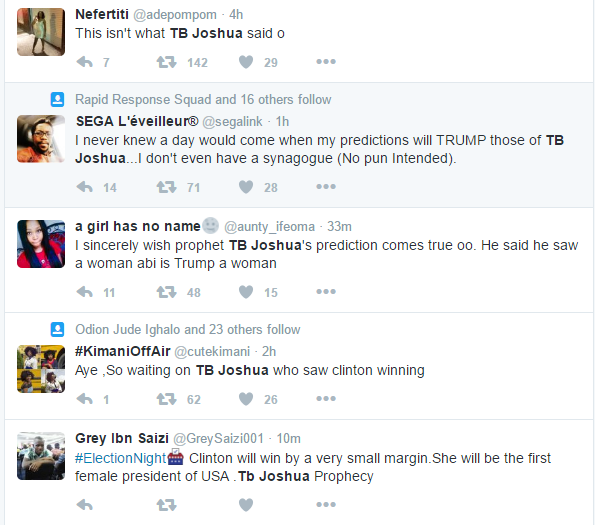 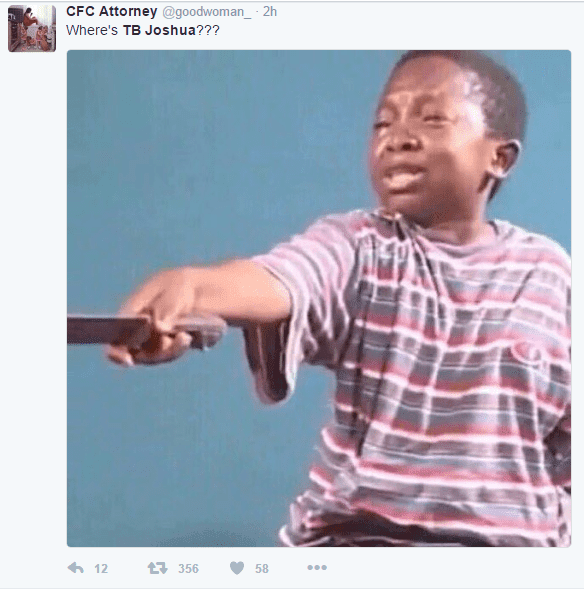 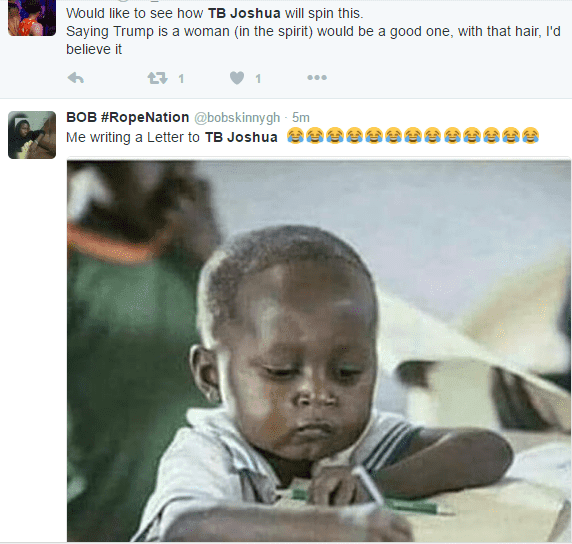 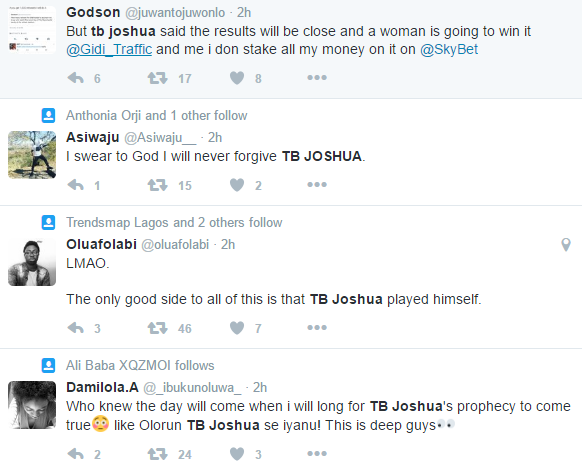 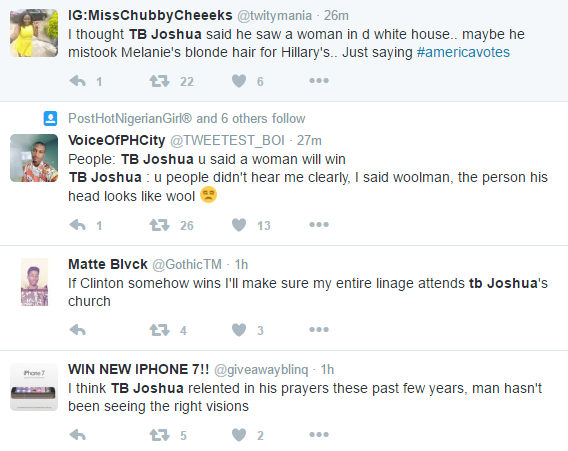 Trust Temitope Joshua, he will soon give Nigerians a spiritual reason why his prediction failed this time around. We are waiting.