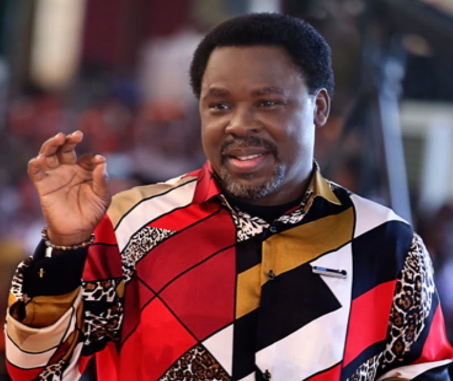 Highly controversial founder of SCOAN, Temitope Balogun Joshua has removed his failed prophecy on the just concluded US presidential election.

The self proclaimed prophet predicted Hillary Clinton as the next US president during a service on Sunday November 6th, 2016 and after the election result favoured Donald Trump, Nigerians took to the social media to mock him for not seeing well.

Following the backslash, TB immediately took to the social media to remove the prophecy from his YouTube Page and Facebook fan page.

His die-hard followers are still calling him a real prophet while giving his critics not-so-convincing reasons why his prophecy failed.

Here is the original video he removed from his YouTube Page

Our God is not an author of confusion. He says what He means and mean what He says. #case closed