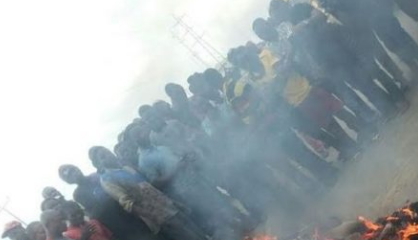 The video of a child allegedly lynched and set ablaze in Lagos has caused outrage on social media with Nigerians demanding the immediate prosecution of his killers.

In the short video, the boy said to be seven-year-old was caught while trying to steal people’s phones and money at Orile-Iganmu.

Another report alleged that the incident occurred at Badagry, adding that the child was not the thief but only attempted to stop three men who later fled. 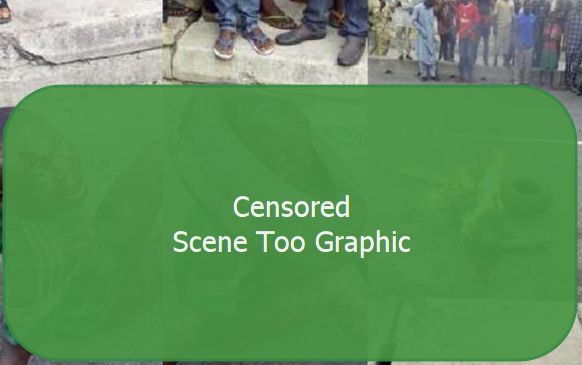 Although it could not be ascertained where the incident occurred and what led to the mob action, the video, pictures of the incident showed blood gushing from the kid’s head as his attackers meted jungle justice on him.

After beating him up mercilessly, a tyre was forced through his head and he was burnt to death.
Efforts to get the information from those that originally posted it on Saturday proved abortive as it was discovered that the information has been deleted.

However, Ibommedia screen munched the pictures posted by one Oladipupo Raphael Dare captioned: “Lagos thief rest in bad. Good bye to you ooo”.

The public outcry over the video moved the police in Lagos to appeal to people with information on the incident to assist.

It was gathered that both the Divisional Police Officers at Orile and Badagry were on their toes on Wednesday trying to locate where the mob action took place within their jurisdiction without success.

“Studying the video to ascertain if it occurred. Got the report through social media. If established that incident actually occurred, the command would ensure that those behind it are fished out and brought to justice.