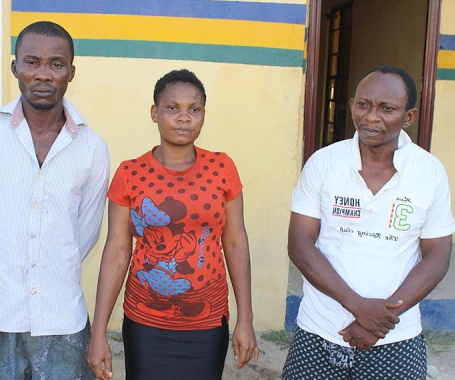 A young woman who allegedly faked her own abduction in order to get money from her family members has been arrested.

The suspect 22-year-old Janet Okoro and 4 others masterminded her abduction before police caught them at a hotel in Port Harcourt Rivers state.

They were paraded before journalists at Rivers State Police Command headquarters in PH today.