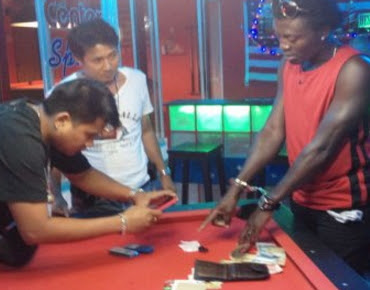 The MD of Asiana Travels, Mr Peter Odinaka and his brother Paul have been arrested.

The twin brothers were today arraigned before a Lagos Magistrates’ court for issuing fake visas and passports to travellers.

The duo were arrested after two complainants Ukwuade Lawrence and Arinze Cletus reported to the police that the accused procured fake visa and passport for them to travel abroad but they were later arrested at Malaysia Int’l airport and deported back to Lagos.

The twin brothers who denied the allegations were granted bail in the sum of N200,000 each with 2 sureties in like sum.