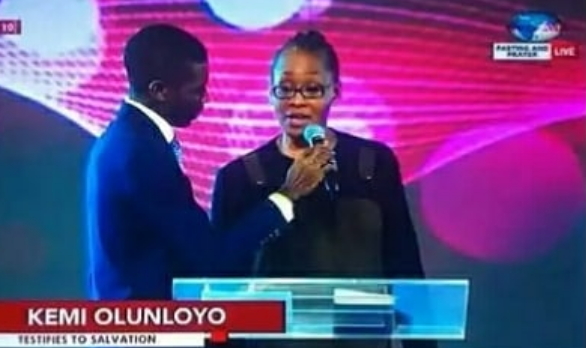 January 17, 2018 – Nigerians Say Kemi Olunloyo Was Paid To Testify At Ibiyeomie’s Church, Others Say She Faked It For Freedom

As controversial Kemi Olunloyo embarked on a new path of life, Nigerians who prayed for her to get out of prison have finally became her worst critics.

The mother of two appeared on Salvation Ministries Live TV today where she promised to stay in Port  Harcourt and serve God full time.

However, her decision to turn a new leaf has met strong resistance from Nigerians who believe she was paid to testify even after she categorically stated that she did it voluntarily.

Others on the social media believed she is faking everything she is doing right now to get her passport released and flee Nigeria.

Some folks even claimed she is being held against her will. 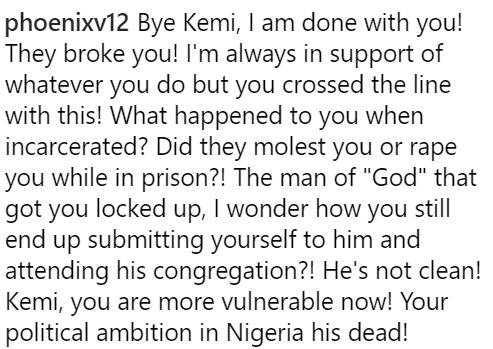 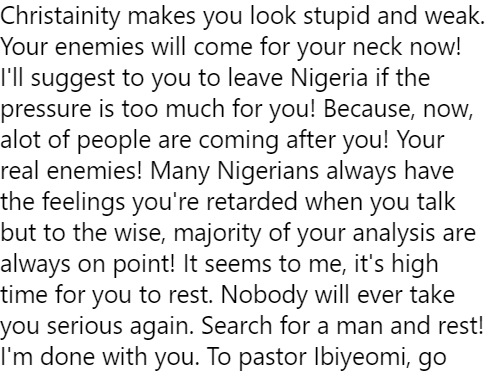 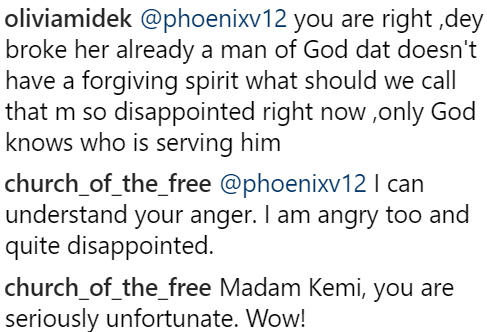 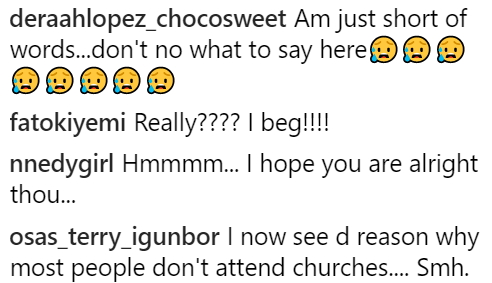 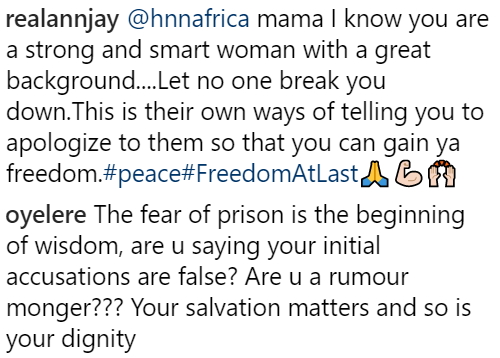 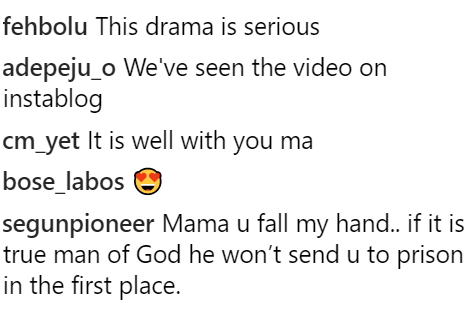 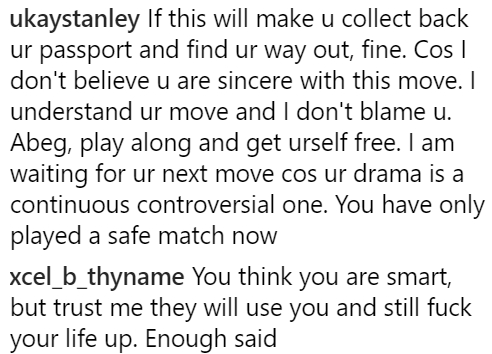 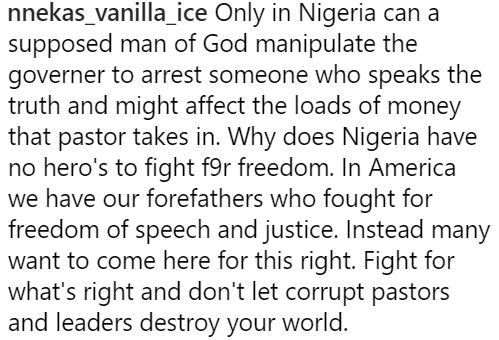 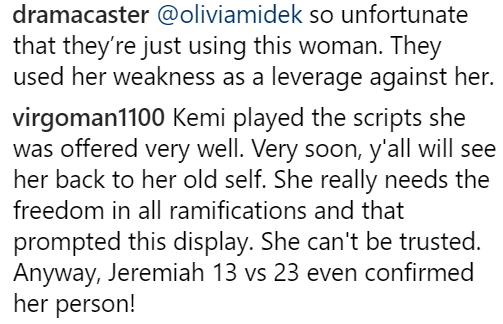 If Kemi’s conversion is genuine, she will be with David Ibiyeomie for a very long time and even get married at some point otherwise, she may travel for medical treatment in America and never return.

If you think Kemi is being forced to do what she is doing right now (which I doubt) what if she is just playing to the music now until the court releases her passport??? #critical thinking people

Whatever the case is, what matters at the moment is her health.

Let her cater to her health and physical well being now..

Hope Nigerians are still donating into her account. She needs una more than ever now **wink**

Here is her response to Nigerians calling her out for giving her life to Christ at Ibiyeomie’s church.

It is a wrap on Kemi’s story tonight.

She is already a millionaire. Make I get back to business joor!!!.

Sorry guys if I bombarded your timeline with Madam HNN Africa’s story.