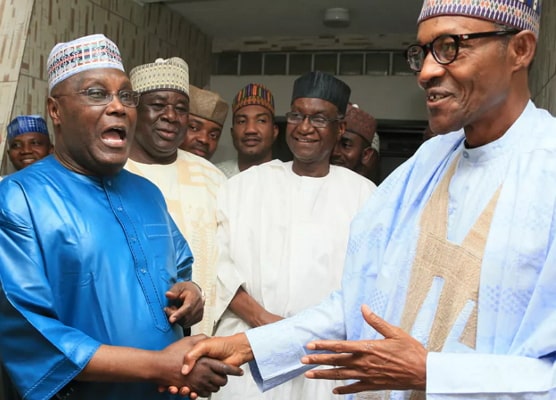 Nigeria’s under-celebrated educationist, social critic and visionary reformer, Tai Solarin wrote a newspaper article 55 years ago to usher in 1964. He simply titled the essay, May your road be rough. It was the great man’s prayer that the going should be tough and rough for his compatriots during the year.

Hardly a wish to say Amen to by millions who were in churches across Nigeria and worldwide to usher in the year 2019. In his days, as it still is in our age, Solarin realized the controversy his position would generate. So, early in the write-up he allayed his readers’ fears. He wasn’t wishing them evil, he averred.

“I am not cursing you;” he said. “I am wishing you what I wish myself every year. I therefore repeat, may you have a hard time this year, may there be plenty of troubles for you this year!” If fellow citizens didn’t know how to respond to this strange salutation on New Year’s Day, the Ikenne-born writer offered this counsel: ‘’ If you are not so sure what you should say back, why not just say, ‘Same to you’? I ask for no more.’’

Tai Solarin said he based his stand on empirical and philosophical perspectives that great nations like the old Soviet Union and the United States of America had exploited to transform into powerful societies. According to him, ‘’Our successes are conditioned by the amount of risk we are ready to take…The big fish is never caught in shallow waters. You have to go into the open sea for it. The biggest businessmen make decisions with lighting speed and carry it out with equal celerity. They do not dare delay or dally.’’

He told the story of a local farmer close to where he lived. The man, he said, appeared to be self-sufficient. He had almost everything he needed to sustain him: fish, snails, pepper, fruits, cocoyam etc. He didn’t have to go to the town for anything. The farmer said he had no ambitions whatsoever.

Tai Solarin wondered what would have been the course of history if we were all like that farmer: no challenges, no risks, no rough road to navigate, no tough times to test our courage and character, no radical reaction to setbacks or disappointments.

He wrote: ‘’You cannot make omelettes without breaking eggs, throughout the world, there is no paean without pain. Jawaharlal Nehru has put it so well…He wants to meet his troubles in a frontal attack. He wants to see himself tossed into the aperture between the two horns of the bull. Being there, he determines he is going to win and, therefore, such a fight requires all his faculties…I found, by hard experience, that all that is noble and laudable was to be achieved only through difficulties and trials and tears and dangers. There are no other roads…Life, if it is going to be abundant, must have plenty of hills and vales. It must have plenty of sunshine and rough weather. It must be rich in obfuscation and perspicacity. It must be packed with days of danger and of apprehension.’’

But the millions of Nigerians who ‘watched’ the last night of December 31, 2018, slip into January I, haven’t read this 55-year-old essay. So they would opt for the easy route of only praying, ignoring the solemn injunction of our Lord Jesus Christ that we should ‘Watch and pray’, not just be on our knees all day, all year round. Prayers should be a preparation to go into the world to work. Praying ought not to be a replacement for activity.

We condemn Tai Solarin’s irreverent atheism or humanism. But this does not degrade what he teaches in this sublime presentation set in exalted and poetic prose.

So, this election year, I wish Nigeria a rough road leading to a radical change in our choice of leadership.

About the author: Banji Ojewale writes from Ota, Ogun State.

Atiku Only Interest In Nigeria Is Election, His Frequent Trips To Dubai Is A Minus – Concerned PDP Politician
Mbaka Supports Buhari Reelection, Asks Nigerians To Join His Anti Corruption Fight