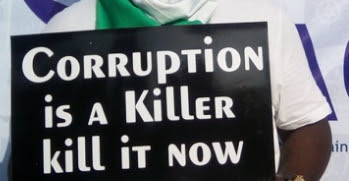 October 14, 107 – Nigerians, It Is Time To Re-channel Our Collective Resentment To The Thieves Among Us

TIME TO RE-CHANNEL OUR COLLECTIVE RESENTMENT

As at this morning, ask me about what will be struggling against seven months for a place in our memories; it is the story of Babachir, the former SGF and the grass-cutting episode.
The same goes for the luxury apartment at Osborne Towers, Ikoyi, Lagos, where 43 million USD cash was found.

As at this morning too, we will have to journey back almost seventy days to access the freshness of the Ozubulu massacre – a ruthless murder of innocent, hapless women and children by gunmen in a Catholic church in Anambra State.

Now the common denominator in these cases is the blithe disregard with which they have been treated. Up until this moment, there have been no words, no actions –at least that we can see at the moment- no explanations and no arrests.

It appears we have moved on as usual. Time -sadly so – seems to have lightened the weight of the magnitude of these unfortunate events on us.

I personally find these happenings exasperating and believe corruption is that monster that heightens our tendency to sweep issues as grave as the above-mentioned under the carpet.

The Nigerian airwave is never bereft of saddening events. About two weeks ago, in a shocking memo, the Minister of State for Petroleum Resources, Dr Ibe Kachukwu, accused the GMD of NNPC Mr. Maikanti Baru of unilaterally awarding contracts to the tune 25B USD without recourse to due process.

On the order of President Buhari, the NNPC issued a statement denying Dr Kachukwu’s allegations. And just few days ago, Dr. Kachukwu and Mr. Baru were seen hugging each other in public to underscore their reconciliation.

Although this might seem like some positive move by both men, I don’t see how it answers certain basic questions such as what must have happened to the monies or how a supposedly classified memo addressed to the president of the country get leaked. Was the leakage deliberate, with intent to stir public outcry against certain persons or group? If we recall that Mr Baru worked under Dr Kachukwu as the head of the anti-corruption department at the NNPC when the latter was GMD, one would be tempted to ask if there is more to the duo than is revealed to the public. It appears the most sensible thing to do at this time is to not make hasty conclusion regarding the matter till all the dust finally settles.

That said, no one can deny the fact that corruption, in which ever guise it manifests, is a clear and present danger in this country and has remained the bane of our collective existence as a people.
Even the Vice President recently lamented that Nigerians have come to accept corruption as a way of life. This is the puzzle I personally find difficult to solve. How did we arrive at a point where we celebrate something that should be at the receiving end of our collective scorn?

In June 2007, in a case that became known as the ‘Manoj-Babli Honour Killing Case’, an Indian newlywed couple was summarily executed by their relatives. The killing was ordered by a caste-based council in a small village, who before then had passed a decree prohibiting ‘marriage against societal norm’, i.e, marriage between siblings. The newlywed, considered siblings -though not directly related- were accused of having broken this law and thus deserved death, or what they called ‘honour killing’.

That episode was debated for years and thus came to mirror the mindset of numerous Indians, like countless people worldwide, on what they considered shameful and dangerous to their respective societies and their conception of an ideal society.

Honour Killing is the homicide of a person by members of the community due to the perpetrators’ belief that the victim has violated certain principles of the community, usually for reasons such as being in a disapproved relationship, becoming a rape victim, inappropriate dressing, engaging in a non-heterosexual relationship and so on.

Though it beats the imagination why one could summarily be executed for being a victim of rape or for dressing ‘inappropriately’, throughout history, in all regions of the world, reality is that there have been those who believe, whether rightly or wrongly, that certain people with particular traits corrupt and pose a danger to the sanctity of society and as such should not be allowed to live, because society will be better off without them!

Shocking as this and some of the reasons for the so called Honour Killing may be, I submit that this belief –namely that society is sacred and corruptors of it must be excised- sits at the core of why these crimes are being committed in many places.

If ‘honour killing’ is considered mob action or jungle justice by certain enlightened members of society, it has not helped matters. Many times in this country, we have channeled our anger towards people who commit petty crimes. Just recently, Senator Murray Bruce lamented our penchant for sentencing petty thieves to death, and leaving the bigger thieves roaming free.

Sometimes last year in Ondo State, one Olumide was accused of involvement in homosexuality with one Honorable Dotun, and was attacked. He died the following day from wounds sustained from the attack. His partner escaped. After his death, countless people took to Facebook and wrote about how they did society a favour for “removing these two aberrations from it”.

Countless times, we have seen petty thieves set on fire and roasted in the streets for stealing something as little as a Maggi cube because we feel thieves are not welcome in our society. An acquaintance once told me that in Igbo land, “the only act of murder that our community doesn’t frown at is when you murder the man caught sleeping with your wife”.

For me, these mirror our strong distaste for and desire to punish every sin but the real sins.
Even though I am not here trying to lend weight to this sort of jungle justice in the name of honour, I think in a way, the underlying belief behind honour killing may hold true; namely, that society is better off without certain people. This is why we Nigerians must re-channel our collective anger to those more deserving of it.

Can we deny that, today, there is a group of people whose kleptomaniac tendencies represent the surest way to bringing Nigeria to ruin?
Did President Buhari himself, sometimes in the past, not lament that “if we don’t kill corruption, corruption will kill us”?

It is time for Civil Society Organizations and especially the youths of this country to begin to lead massive protests in the streets against corruptors before they ruin us all with their thievery?

Why should we set alight a boy who stole a cup of garri because he was hungry when there is a politician who has practically emptied the treasury, carting away monies meant to educate the boy in the first place?

What sorts of people condemn a cross-dresser like Bobrisky, rather than re-channel such collective resentment at the thieves, who parade themselves daily in this country as politicians?
Some states have already enacted the death penalty for kidnapping, what are we waiting for regarding extreme cases of corruption? What has happened to Oronsaye Report? Why is no body talking about implementing it? And what did the poor man get for all his troubles? The politicians tried to kill him except the court stopped them. What sort of country does that? If our leaders would not do it, can’t we the masses lead protests to demand they do?

President Buhari has signified his interest to fight corruption, but not until we begin to see a push for the enactment of the death penalty on serious cases of treasury looting, Lai Mohammad’s sermonizing will be just that.

For all the billions lost to corruption, it means for every death that happens on our roads due to the poor state of the roads, someone somewhere has blood in his hands and thus deserves to pay.

Because most of our existing laws are not sufficient deterrence to the thieves who appear to be several steps ahead of our anti-corruption agencies, well-meaning Nigerians especially the CSOs must begin a serious campaign; do whatever it takes to push for corruption to be made a capital offence.
We can start by redirecting our inner resentment to the thieves in our midst.