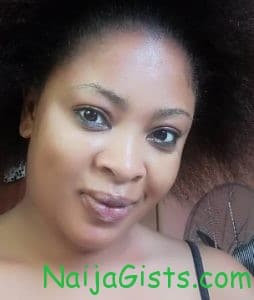 October 14, 2017 – Bidemi Kosoko Slept With My Husband In Osogbo When I Travelled To Dubai – Heartbroken Wife Laments

Exactly 7 months after a woman accused Bidemi Kosoko of sleeping with actress Bose Alao’s footballer husband, another woman has called her out over the same issue of serial bed-hopping.

A woman took the social media recently to call out the beautiful daughter of Prince Jide Kosoko.

She accused the actress of sleeping with her husband and demanding for N2million for services rendered.

As the wife of Bidemi’s alleged lover took to Instagram to vent her anger while threatening to release her nude photo, the actress continues to deny the accusation.

See the back and forth messages between them. 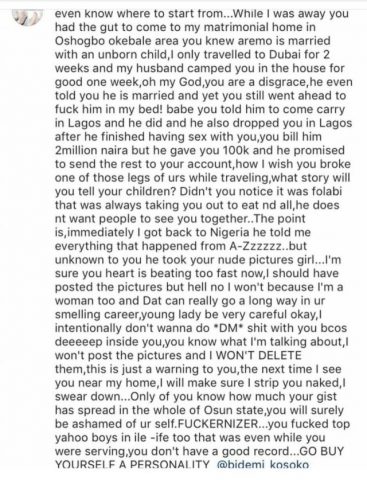 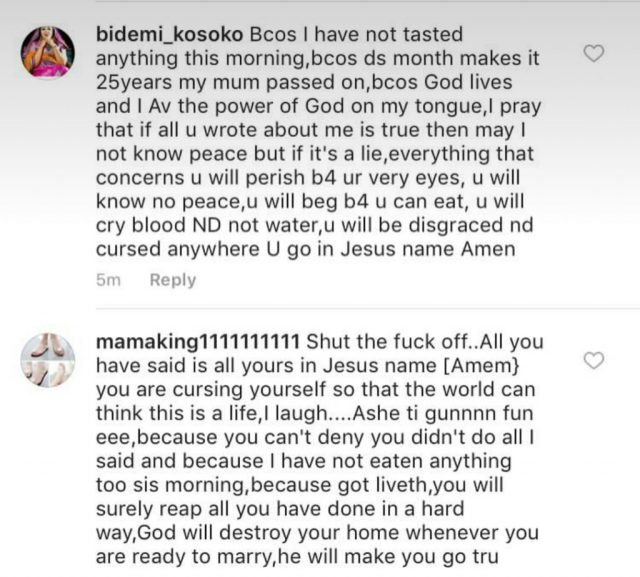 Belinda Effah Allegedly Cheating On Boyfriend With Daniel K Daniel; Photo Leaks Online
Nigerians, It Is Time To Re-channel Our Collective Resentment To The Thieves Among Us