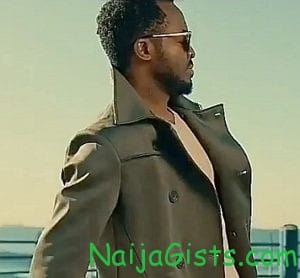 Nollywood actor OC Ukeje has released the video for his song Potato Potahto which is also the sound track for the movie with the same title. The video for this track which was produced by Egar Boi and features Vector was shot in Durban, South Africa.

“I actually started singing before becoming an actor. When acting took over my life, I said to myself that my time as an artist will come one day. So when the opportunity came it seemed as a natural step for me to take,” says the talented actor and artist OC Ukeje.

The song “Potato Potahto” was produced by international record company Kingstone Records at Peaceville Entertainment’s studios in Lagos. The collaboration between the actor and singer OC Ukeje, star rapper Vector and genius song producer Egar Boi is the result of an excellent fusion between creative minds.

“Potato Potahto” is the main soundtrack of the Award-winning film with the same name that will premiere in movie theaters from November 2017.

Continue Reading
You may also like...
Related Topics:music, oc ukeje

Nigerians, It Is Time To Re-channel Our Collective Resentment To The Thieves Among Us
Video & Photos: Chime Amaechi Buried In Umuanugo-Ifitedunu Anambra State