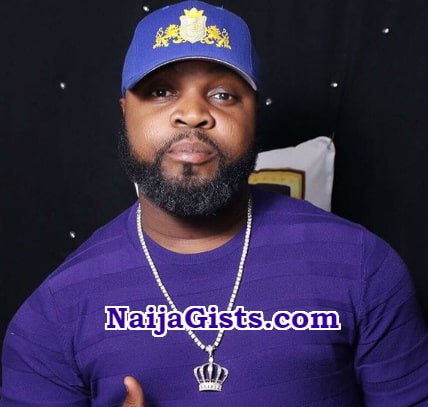 Putting together such big tour concerts and hobnobbing with big entertainers also comes with a lot of rich personal experiences which he shares in this interesting interview with DUPE AYINLA-OLASUKANMI.

How long have you been in showbiz and can you please tell us about yourself and career?

Before then, I was working with Bell Canada, one of the biggest telecommunications company in Canada as a Project Manager II.

The pay was good but the passion to do what I love to do made me quit. I originally trained as a Computer Analyst.

Can you tell us about your sojourn in Canada and your first baby-steps in the showbiz industry?

I have lived in Canada since 2007 but before then I have lived for many years in the UK and US where I studied. Work brought me to Canada because I wanted to work in the Telecommunication industry.

Showbiz for me started when I co-worked with a friend who is also a showbiz promoter, Microbell. We packaged concerts in Canada for Wizkid and then, Flavour, Bracket and Timaya back in the days. This was around 2012 thereabout.

In those early days, how was the experience and was your turning point?

Ofcource, there’s no endeavour without its own challenges. The turning point was hosting Olamide Live Concert in Canada in 2016. He was no doubt the hottest item and everybody wanted him in Canada and he came through. It was also quite expensive bringing him but at the end of the day, I was able to seal the deal. I brought him for the concert and it was a sold out show which we held in at New Continuation Banquet Hall in Belfield, Toronto.

We recorded over 2,500 audience and that’s because his music cuts across different races and tribe. We had people like Jamaicans, Ghanaians, Kenyans and other African nationalities. Music is a universal language. Olamide was excited too because we delivered. That show opened the eyes of other Nigerian and African artistes.

Predominantly, it seems like you have worked more with musicians but which other talents have you worked with?

I have worked with a lot of comedians including I Go Dye, Seyi Brown, Bovi, Woli Agba, Arole, Mama Tobi, Aphricanape, Kenny Blaq. I won’t lie to you, I prefer to work more with comedians than musicians because the audience for comedy is bigger. People work hard a lot and do not miss any opportunities to come out and have a good laugh. Amazingly, the audience respond more to comedy than music here in Canada.

What concerts should music fans in Canada and North America expect from you for the rest of the year?

I have quite a whole lot of music concerts lined up for the rest of the year including Alhaji Wasiu Ayinde aka K1 De Ultimate whose deal I just concluded during my recent visit to Nigeria in April. Other big concerts coming includes Tiwa Savage, Zlatan, 9ice, CDQ, Ray Vanny and Diamond Platumz etc. Ofcourse, Olamide is also coming back this year and the people can’t wait.

What do you think the Nigerian Government can do to help your industry grow?

I think Government should make the process of Visa application seamless for entertainers because these guys are Nigerian ambassadors. A letter of endorsement from Government to the embassies will go a long way. We have had artistes been denied Visas which should not be.

Aside Olamide’s show, could you mention another memorable gig you have put together?

That would be the one of Diamond Platnumz, the Tanzanian super star. We recorded over 2000 audience which was massive. I compare it with the Olamide show because we took Diamond Platnumz to three cities in Toronto, Montreal and Edmonton also Timaya’s Show was sold out and very memorable as well.

Aside Nigerian acts, what’s been your experience working with other African acts and what’s the reception for African talents in Canada?

I have not limited the talents that I have worked with alone to Nigerian artistes. As I speak, we are having conversations with artistes from other countries and by God’s grace, we will expand our network to International artistes like Cardi B which we are working on at the moment?

What are you doing to give back to the Nigerian music industry?

We are starting a project in Nigeria from next year which will see us bringing some big artistes from North America to Nigeria. If you call it a cultural exchange, that’s fine because music promotion is supposed to be a two-way traffic.

For a young artiste aspiring to do international tour, what is your advise for them?

Like I said earlier, just stay focused and believe in your grind, your craft and yourself. In good time, your work will be pronounced.

What are the criteria you consider before touring with an artiste? And why does it seems like hip-hop and rap artistes don’t get invited for international tours from promoters like you?

The style of music an artiste does matters a lot in our criteria. Majorly, the crowd we sell music artistes to are the students. Before we bring in an artiste for a tour, we put out a poll asking the students community who they would like to see perform. We then work with the outcome from that survey and bring in the popular choice. So, it’s not as if I won’t do tour with an artiste just because I do not like the face of the person. It goes beyond that. Don’t forget, this is a business that we and our staff must run prudently too.

How is the mainstream media in Canada receiving Afrobeats music?

It has been positive. We are having more media platforms show support for Afrobeats music in Canada. Some of the radio stations jamming our songs are GBK FM and G98.7FM. You see, the growing influence of Afrobeats in the Diaspora cannot be underestimated. Some of the most played Afrobeats songs are from Wizkid, Tiwa, Timaya, Olamide, OBO, Burna Boy and Wande Coal.

Precisely, how do Canadian citizens relate with Afrobeats music?

Ofcourse, they do. For instance, when I brought in Wizkid last month in Edmonton, we recorded an audience of over 2,000 and over 4,000 in Toronto. Big shout out to my partners, Kpopsy and Kiza for contribution to the Toronto Leg. We hosted show in several cities such as Toronto, Montreal, Edmonton and Vancouver. People love him irrespective of his collaborations with Drake who is a son of the soil. We had a mixed audience comprising Togolese, Kenyans and Canadians. This is the kind of reception you get when we bring the likes of Tiwa, Olamide, Davido, Burna Boy and Mr Eazi. The kind of music they make is not just for Nigerians but has international appeal. That’s a quality young artistes should copy.

This question is an ongoing debate that has torn apart Wizkid and Davido fans but to you, who is Nigeria’s biggest export from the standpoint of a promoter?

For me, I’m not going to be bias, I love both of them. I know it’s been a controversial topic, anyway. For me, I like Wizkid’s music because it is very relaxed and matured. David is my guy and I like and respect him, no doubt. They are both big artistes and they’re both African Kings making Afrobeats go viral home around abroad.

What opportunities are there for African artistes who wish to relocate to Canada?

At the moment, we do not have a lot of African artistes in Canada but opportunies surely abound. The sky is wide enough for birds to fly. Kelly Anthony is one of the upcoming acts based here and I like him, I pray he gets there soon. There have been big names like Dice Ailes of the ‘Otedola With The Money’ fame and Nonso Amadi who both came from Toronto. There’s also this fast-rising upcoming artiste called Bolu Ajibade. He’s doing very well as we speak and I want everybody to watch out for this guy, I pray he makes it big.

What kind of professional relationship has promoters had with Canadian government?

The Canadian Government has been very kind to us, I must say. The country is a calm place and nobody is above the law. We are all treated equally. Afrobeats is so welcomed in Canada and with Wizkid’s collaboration with Drake, we had more ambiance in the music sector here in Canada. The right authorities are duly informed whenever we have our events and we are good to go each time. They treat us nicely and support our events. The Nigerian and African community are not unruly and there has not been any need for extra security. The Nigerian community are quite big in Toronto which is like another Lagos in a way. The city of Edmonton is another place with a huge Nigerian presence.