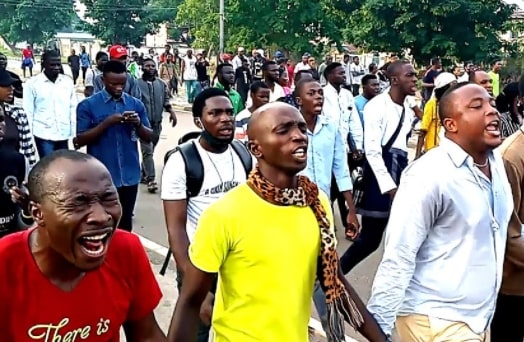 Of  Nigerians And ‘Unchristian’ Public Prayers by Funmi Adebayo

An esteemed schoolmate recently narrated on his Facebook wall, this hilarious account of how he had chanted a loud

when summoned to give closing prayers at a public meeting, and how he had been hushed and quickly replaced with someone else…

I laughed because I could imagine the Christian women in the gathering clutching their breasts, snapping their fingers, stamping their feet, and the men clenching their teeth while muttering stuffs like

I am still laughing as I type this.

My school mate had addressed tolerance in his post, and I agree with his point of view. His opinion was that the way Christians in southern Nigeria have successfully ‘christianized’ prayer in secular public gatherings is as much a torture to non-Christians as his trado worship chant had been to Christians in that particular gathering. After all, the same freedom of expression that permits a Christian to conduct prayers the Christian way in public gatherings should also accord non-Christians an equal right to conduct public prayers their own way.

Food for thought there.

However, that is not the point of this post. I want to address the subject from the angle of nagging insecurity among Christians. Please follow me.

Many tongue-talking (note that I didn’t say ALL) Nigerian Christians are hyper-sensitive to demonic presence to the point of paranoia … A typical Christian in that category is more apt to yell ‘Holy Ghost Fire… rather, fayyyaaaaa‘ with every puff of breath in his lungs than ‘Hallelujah‘ or ‘Hosannah!!! . ‘

He is more apt to dance to all those pepper dem gang songs about devils and enemies in church (all those ‘everybody looku looku’, ‘devu don lose‘kind of songs) than pure praise and worship to the King of kings. He is more apt to scream ‘demons tremble at your presence’ than ‘What a mighty God we serve! ‘As though what we scream and chant in church matters anything to devils if we are outright evil, or we are adulterous, or injurious to our neighbours and do not conduct our lives and affairs as outlined in the ‘Kingdom Manual’ i.e., the Bible.

In any case, here’s my candid opinion about the matter:

If truly, we believe that the God of the universe in the person of the Holy Spirit resides in us; that the earth and its fullness belongs to Him (Psalms 24.1-2) and that all else bows to Jesus as we profess, then how does it matter what anyone chants in a public secular gathering?

If we know full well that the Greater One resides in us, and that He is Lord over the entire universe, which automatically sets us above and beyond the jurisdiction of the forces of this world, including the traditional worshipper and his enchantment, what does it matter what anyone chants in a public, free for all arena?

What exactly are supposed children of the Most High God afraid of? Is it the fear that such trado worship chants, for instance, are strong enough to contaminate/ influence the atmosphere, rather THEIR atmospheres, or potent

enough to deflate the bigness of their God? Or do they doubt God’s ability to protect them from the prowling demons such chants might invoke?

Do such incantations make the name of Jesus less potent, or are supposed Christians so unsure that Christ in them is strong enough to handle these things without their noisy intervention? If that is the case, then the believers in

question have got quite a journey….

Such display of insecurity, and the devil must feel really important for having people attribute meaningless rhymes to him it, even in his its absence. It is not omnipresent, omnipotent or omniscient, you know; much less a common, fellow human being tagged ‘witch’ or ‘wizard’.

I’m sure Muslims and real trado worshippers don’t give a damn when born-again Christians chant tongues and pray down fayaaaa in such public gatherings. But for the intolerance, most of them are definitely used to it by now, and really do not mind. I’ll tell you why shortly.

Non-Christians who actively engage in other religions are generally known to display more confidence in what they believe. A typical Muslim, for instance, believes there is no other God but his almighty Allah, and that’s final.

QED. End of story. Scream yourself to death, break your neck or hug transformer as my town’s people would say, it doesn’t change nathin.

As a matter of fact, it is common to have non-Christians freely attend church services and Christian gatherings on occasions like weddings, funerals, naming ceremonies, seminars etc., without giving a second thought. You might have seen cultists openly display their regalia in some orthodox churches.

Now, how many Christians would dare follow a Muslim to the mosque, or perhaps, a traditional worshipper to his shrine for worship, even if there are prizes to be won there? Have you ever visited a mosque before? (Confession –

I haven’t, but might, given the chance. I am that adventurous, and my research work might even necessitate that anytime). It’s actually unthinkable, when some born again Christians wouldn’t even dare enter a white garment church for all the gold in Saudi Arabia – as though there’s a lion lurking in there and their return wouldn’t be guaranteed. Lol.

(I did a brief Google search on whether non-Muslims are permitted to visit the mosque for worship to be sure, and the summary of my finding is that, as long as you follow the purity guidelines, everyone is permitted in mosques, except the Sacred Mosque (i.e., the Ka’bar).)

It is a good thing that many non-Christians do not feel uncomfortable attending Christian gatherings. That’s in fact a great opportunity for the harvest. However, it is heart-breaking when they return the same way they came – unperturbed, unimpressed, unsaved, unhealed, with no impartation or conviction whatsoever. And that happens for various reasons, some of which I’d try to explain below.

You must agree with me that there are near perfect, kind, generous, morally upright non-Christians walking this planet. I’ve seen non-Christians, who like Cornelius, are so nice that their ‘niceness’ would dwarf the entire outward display of our Christianity – if morality were to be the ticket to God. Just to quickly say that Christ alone saves, and nothing else.

Then, there are non – Christians who are just as human as any natural human being is wired to be.

Now imagine if someone in either category (i.e., a man or woman of good morals, kind, truthful, sincere, loyal, faithful to his/her spouse, leads an impeccable life; or maybe just a normal non-Christian) walks into church or any Christian gathering, where a message on ‘holiness’ or ‘faithfulness’ is being taught by his/ her colleague who cuts corners at work; or by that same randy neighbour always caught shadowing side chicks/ cocks at various corners of their street?

How on earth would any item on the program of events make a positive impact on him, if any impact at all? The general impression would be that if A has dual personality and A is a born-again Christian, then all born – again Christians are immoral, shady and pretentious. Which sadly, is the general opinion of most non-Christians. I felt the same way before I got saved.

If I had been in that ‘Eeeriwoya’ meeting with my schoolmate, I most probably would have caught the joke and not given it any further thought, apart from genuine concern for the salvation of souls, after all, I do not believe in it, I am not subject to it, and I am, in fact, superior to the forces behind it, if any. I have enough revelation in the knowledge of God, by His grace, to know that it doesn’t change anything about my status as the righteousness of God in Christ Jesus; The Maker and Captain of the universe, the greater One resides in me. And as we know,

everything gravitates towards power. Every single thing. As mentioned, I’d rather have been more concerned about the salvation of souls, as it would have been a sharp reminder of the divine mandate.

And for the school of thought that might be thinking ‘territories’, I have this to say:

Taking territories for God is beyond praying the Christian way, or chanting cliche stuffs like ‘Holy Ghost Fayaaaa’ and the likes, the same way, I don’t have to keep screaming, ‘I am a woman…’ to convince anyone I am

one. You might look forward to confirming from the sons of Sceva when we all get to heaven. (I’m sure they would have gotten it right after that beating of their life      )

Let me end with this prayer/ verse of scripture …

Wherefore I also, after I heard of your faith in the Lord Jesus, and love unto all the saints, cease not to give thanks for you, making mention of you in my prayers; that the God of our Lord Jesus Christ, the Father of glory, may give unto you the spirit of wisdom and revelation in the knowledge of him: the eyes of your understanding being enlightened; that ye may know what is the hope of his calling, and what the riches of the glory of his inheritance in the saints, and what is the exceeding greatness of his power to us-ward who believe, according to the working of his mighty power, which he wrought in Christ, when he raised him from the dead, and set him at his own right hand in the heavenly places, far above all principality, and power, and might, and dominion, and every name that is named, not only in this world, but also in that which is to come: and hath put all things under his feet, and gave him to be the head over all things to the church. 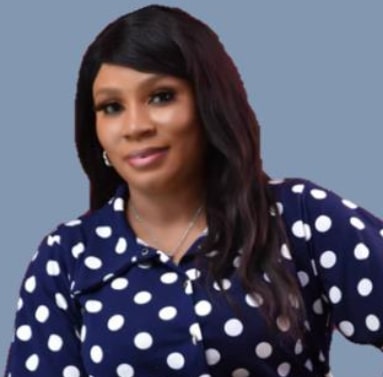 Funmi Adebayo is an adept Marketing Professional, Content Developer and Writer. She provides, Content Development, Digital Marketing and Writing (Author/Editorial) Services for organizations and professionals. When she’s not working, she’s busy listening to classical music whilst reading or writing another opinion article, poem or devotional. Reach her on +234-9095200510 (WhatsApp only) or via funmi@makeadreamng.com for features or for her services.