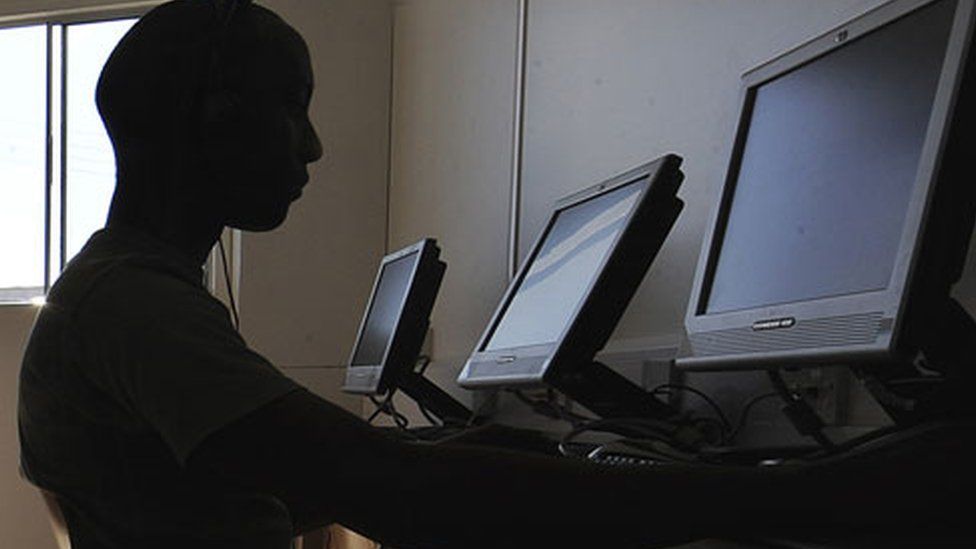 I’m happy that I found your blog and I’m looking forward to reading more. Ok this is my issue with Nigerian men. Actually all men who do what I’m about to say. And lie through their teeth that it’s untrue.

The SCAMMERS! Yes, I said SCAMMERS! Every race in this world has scammers, but Nigerian men are very high on the list. Relentless is not a strong enough word. They don’t seem to understand the word NO. That only angers them and they don’t give up. To be fair (and this will sound odd) but they’re the kindest guys I’ve ever spoken to. They show respect especially to someone who’s older. I swore like a sailor to one Nigerian guy telling him what a low life he was and being only 19 he could change his life for the better if he wanted to.

Be the difference. Be the one who helps to change this world. To think if they did, so many people would look at the Nigerian race a whole lot differently. It only takes one person to make that change. The guy I met who tried to scam me well we are now great friends. We are like brother & sister and still hasn’t received one dime from me and never will. Maybe it was because I scammed him. Yep sure did. Told him I sent $500.00 in US money through PayPal however the bank had it pending. Upon telling him this and how I transferred my funds from my bank I could tell he was gonna explode with anger but shockingly he was very kind. After two days of saying it was still pending I told him the truth. Asked him “how does it feel being lied to? Actually scammed but in my way” He told me it never happened before and it opened his eyes. He contacts me occasionally to see how I am. Also he asks for advice about school and such.

He knows that I know way to much about how people are scammed and know what not to answer because he could still try but he will never win. I thought he’d get bored..put me on the DO NOT CALL THIS B lol but nope he stills checks in to see how I am and tells me what he’s been up to. I’m older and he was calling me Ma and I put a stop to that. Call me your sister please. He does. He has respect but he still scams people and lies. I hate liars and thieves. He knows this. I’m trying to help him apply for college and how to go about it. I truly believe he wants to change or he wouldn’t even take time to contact me. It would obviously be so boring to him. I’m happy that he came into my life because what I said to him angrily about his profession I could feel his gratefulness.

I don’t believe many who have almost been scammed would take the time to help them. I feel something. I feel he wants to and will change. Whether it’s me helping him or him doing it himself. Like I said.. ALL RACES scam people but Nigerian men are at least respectful. I never thought I’d ever say my friend tried to scam me and I considered him my brother. That’s how much I care. The things I said to him even the devil would be embarrassed. I said things I never thought would ever be said but he needed to hear it. I told him to listen to James Blunts song “The Greatest” I told him that’s what I wanted for him. I really believe nobody has ever cared about him as much as I do. It changed him for the better. I pray he stays on the right path and becomes the greatest. That’s my wish for him.

I pray for Nigeria that things will get so much better for the people. They never asked for such disrespect, untruths, poor living conditions, poor medical assistance oh the list is forever. Nobody should live this way. Hell the prisoners live better. Things need to change because the people from Nigeria do not deserve this. It angers me and I want you to know that I love your country and the people. I wanted to let you know how I met my Nigerian friend. Blessings