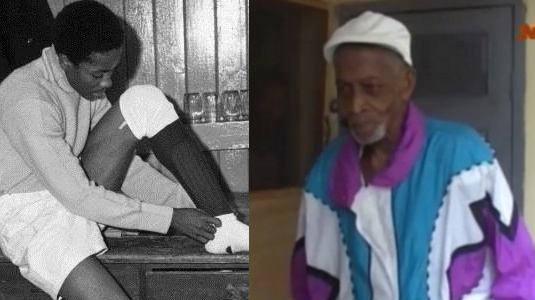 Nigeria’s first goalkeeper, Sam Henshaw Ibiam who passed away at age 90 on the 2nd of December 2015 has been laid to rest.

However, officials of the Nigerian Football Federation hurt the family of the deceased by ignoring their invitation.

The deceased was buried in Unwana area of Afikpo in Ebonyi state this past Saturday but no officials of the Nigeria’s Sports Ministry and the NFF were present at the occasion.

“My father and his contemporaries laid the foundation for whatever achievement that is being recorded by the country’s national teams and therefore, deserved a hero’s treatment.

“Emmanuel Okala and other ex-internationals promised to attend the burial but some, however, called me to excuse their inability to attend due to the persisting petrol scarcity and other problems,”

In an interview the deceased granted NTA before he passed, when asked what he would be remembered for, he said: “Remembered? Nigeria does not remember good people!”.

It is such a shame that such an icon wasn’t honoured on the day he was committed to mother earth.