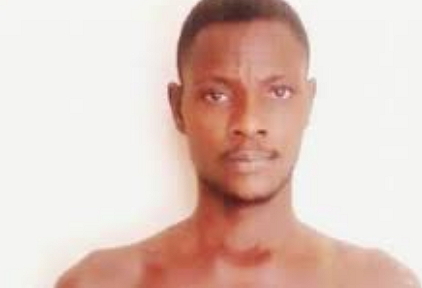 The Ebonyi Police Command said it had arrested a middle-aged man for allegedly defiling nine children aged between six and 10.

NAN reported that the suspect, a father of three, allegedly carried out the act at Ezza South Local Government Area of the state, where he lived in the same compound with the victims.
Mr George Okafor, the command’s Public Relations Officer, confirmed the arrest, adding that the matter was under investigation.

Okafor denied that the police compromised on the matter as being insinuated in some quarters, noting that proper investigative modalities were being applied.

“The information we received was that only seven of the children were allegedly defiled but we would vigorously pursue the investigations,” he said.

The Chairman of the Family Law Centre in Abakaliki, Mrs Elizabeth Nwali, said the centre petitioned the state Criminal Investigation Department about the matter.

“This followed the complaints that the suspect, who was handed over to the Police at Onueke, headquarters of Ezza South, was discharged the same day without proper interrogation,” she said.

One of the victims told NAN that the suspect defiled her five times and usually carried out the act in secluded areas, including inside a car.

“When I am deep asleep most times, he will carry me to a corner of house and insert something from his body inside me after removing my clothes and his own,” she said.

Some parents of the victims told NAN that they became aware of the act when their children started complaining of severe pains in their private parts.

“The suspect admitted to the offence when confronted by members of the community and other stakeholders.

“We suspect strongly that he uses the contents of the handkerchief used in cleaning their bodies for ritual purposes; our children have not being themselves since the incidents occurred,” they said.