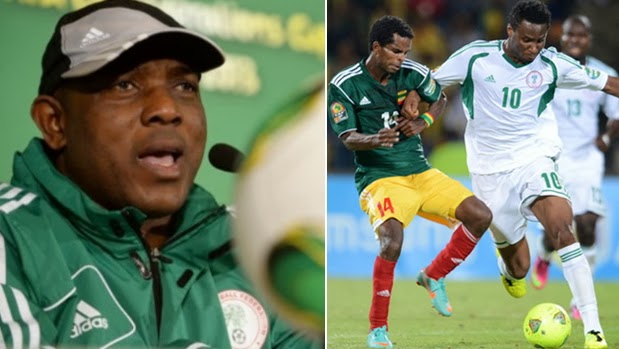 The head coach of the winning team, Stephen Keshi said the NFA (Nigeria Football Association) deserves some credit for the commitment to the success of the match.

“I dedicate today’s victory to Nigerians and my team too, because they know what was at stake and went for it.

“It was a tough game because the Ethiopians are really good football players and they are athletic too, but I am glad we won because it makes the second leg a lot easier,” Keshi said.

While the Nigerians rejoiced over their victory, the Ethiopians on the other hands claimed the referee denied them, Keshi said the referee made his decision, adding that he thought the ball had not crossed the line.

For those who want to see what happened watch a preview here.