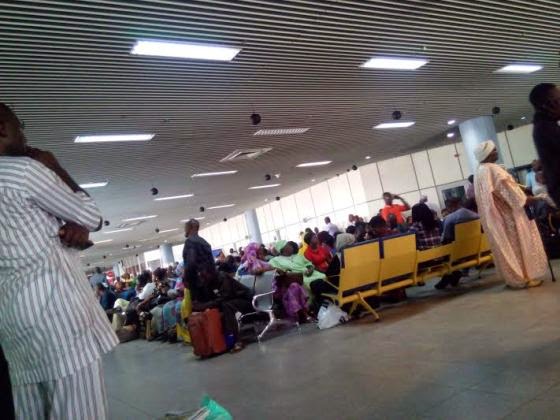 The Minister of State for Aviation, Sen. Hadi Sirika, has ordered the suspension of three top officials of Nnamdi Azikiwe International Airport, Abuja, over the recent incident involving Turkish Airlines at the airport.

Sirika disclosed this while briefing newsmen after listening to explanations by the airport officials on the incident on Sunday in Abuja.

He added that the ministry had also ordered thorough investigation to ascertain the cause of the breach, as well as why the airline brought in passengers without their luggage.

The suspended officials, according to him, are the Airport Manager, Terminal Manager and Head of Airport Security, who were ordered to handover to their next in rank pending the conclusion of the investigation.

The minister said the explanation by the officials of the airport that the security personnel on duty were overpowered was not acceptable, ordering for thorough investigation into the incident.
He stated that the actions of the passengers by forcing their ways into the tarmac and blocked the aircraft from taking off was a security breach which must not be condoned.

“There has been an unfortunate incident where some agitated passengers of the Turkish Airlines arrived without their luggage making them to force their way into the tarmac which is a breach of security. The explanation given is not satisfactory because the primary purpose of the government is to ensure safety of lives and property of its citizens.

“The cardinal objective of this administration is to secure the country and manage it and we cannot fail in aviation and we cannot fail in this important assignment at a very important point. We have ordered for the investigation into the matter immediately and all the people that are manning the various places; Airport Manager, Terminal Manager and Head of Security, should handover to the next man in rank pending the outcome of the investigation.

“As to the airline also, the Consumer Protection Unit of the Nigeria Civil Aviation Authority (NCAA) has been ordered to find out what happened, how compliant they are and deal with it accordingly,’’ he said.