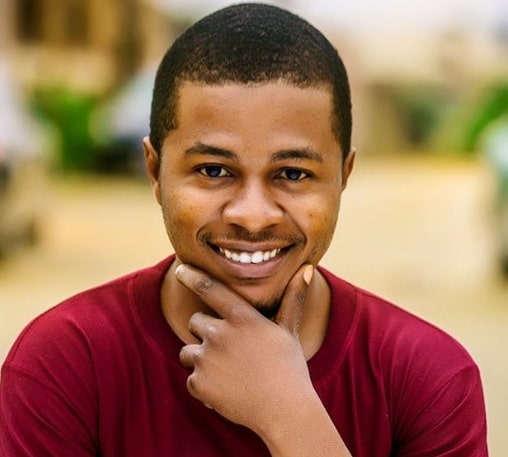 Excerpts of fast rising actor Samuel Ajibola with TS Weekender on his role as Augustine in ‘The Call’, state of Nollywood and resolutions for the New Year.

You are one of the recurring characters in the television drama series, ‘The Johnsons’, what has kept you going?

By nature, I am one that has drive and zeal for excellence. Wherever I find myself, I always want to be the best or outstanding, because that’s the only way you can be recognised. Apart from those natural characteristics that come with me, I also know that knowledge is power, and with that in mind, I seek for knowledge in my field, which is acting. I got a degree in acting, so I have the know-how to create character and to put it up together in a way that people will appreciate what the writer is trying to explain.

You speaking right now seem a stark contrast from your character, ‘Spiff’. How do you manage to put that character into what we know today?

A lot of people prior to ‘Spiff’ did not know me, and so, since that is the limelight character I got, they tend to stereotype me or think that’s who I am in real life. But you know… I have a BSc in Political Science from University of Lagos, so I’m a completely different guy, but I have a flair for comedy and acting.

This creative side of you, when did it emerge. You did political science and now you are in the arts, what prompted this move?

Like I mentioned earlier, lots of people did not know me prior to ‘Spiff’. Even before then, I’ve had an active career as a child actor. I used to be in old Nollywood movies like ‘Onome’, ‘Tears For Love’ etc. I also have three Best Kid awards but most people don’t know that part of me, most people just know me as Spiff, and whatever they see in that. Given that in mind, that is who I am… and I have a lot of me that people haven’t seen yet.

You were a child actor; how and when did you make up your mind to go fulltime with acting?

Initially, I thought I stumbled into it somehow given all I’ve been able to see myself do and achieve. I came to a conclusion that I was destined to do this. I mean having a career that has lasted more than 20 years. I left, went to school, took a long hiatus for six to seven, eight years. I went from a boy to a man, some people didn’t know that part of me, and then I came back and still became relevant. I think it is without any form of contradiction that I know I am destined for this. I’m very sure.

Being in the industry for this long, you must have had a lot of experiences, lots of ups and downs; do you think the movie industry is where it should be today?

And then, in terms of structure, the way we came and compare it to where we are, I think we are doing really good. If you look at the kind of films that we are promoting today, films we have in cinemas and the shows that we have, we are really doing well for us to be third in the whole world. Better could be done though, which I know will take time, right now, we are not doing badly.

Let’s go back to your character in ‘The Call’. What does it entail and how did you get the role?

How I got the role? I’ll like to thank my management. I have a close relationship with the producers of the movie. They were looking at a character or an actor that will express the role Augustine was going to play in the movie, because it’s a very important role. When I got the script and then saw the character, I knew what the character or the story entailed. I did my homework, did my own research, which I always do for every character I get. I put together a couple of things that also make the character unique, so people don’t just go back and say we saw Spiff again in another movie doing the same thing. So, I put up a couple of things. The (Augustine) character is Igbo and I am Yoruba and I have never spoken Igbo in my life. I had to go and do research on the language and a couple of things that I put together which I believe people will love when they see the movie.

What was it like working with Woli Arole and director, Abinibi?

I won’t lie, it was different, and it was nice. You learn everywhere you go. I learnt a couple of things; the atmosphere was welcoming, everyone was up to their work and we managed to tell a beautiful story.

I did notice one thing; there seems to be no female in the lead role for this movie.

Somewhat of a sub-lead, yes we have.

Talking about women, normally females come up with the sex-for-role issue, have you ever in any capacity seen anyone going through that situation of being sexually harassed?

I’ve had a couple of people, colleagues tell me their experiences and all that, about how people that have the power to give roles are demanding what they want from them. But I always tell them that if you are outstanding and you do not compromise, it will really set you apart in an industry where we have lots of challenges. But then, if you have a talent that no one has and no one can deny that you have, trust me, it’s skyrocket regardless of the sexual harassment that you are facing.

With the #metoo movement empowering women, do you feel this has helped reduce the rate of sexual harassment in the industry, based on what you know?

I don’t think I can answer that question because I don’t think I’ve been available for a couple of my friends and family to have such discussions, I’ve always been busy travelling from one place to the other for work, but I think it should be better now, I hope.