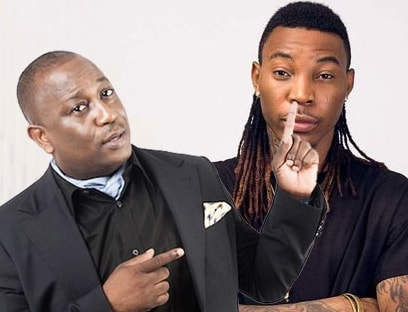 Afro singer Joshua Iniyezo aka Solidstar may be heading for trouble which may see him having to change his name if veteran actor, Basorge Tariah Jr. holds any ace over him in view of the new record label the latter recently launched.

Basorge Tariah, who has been rather quiet in the movie world has decided to delve into the more lucrative music industry and to show he means business he has launched a record label named “Solid Star Record” with unveiling of two young acts under his belt.

It was good to go for the veteran actor who was looking to have a foothold on the entertainment terrain again but one who would not be too fast to cheer him is the “One in a Million” crooner, who would probably challenge him for picking his stage name for his record label.

But the veteran actor is nonplussed about any development, saying he has done everything by the books.

“ Solidstar Records has been in existence for over a decade, we didn’t start just yesterday. My partner and I are out to make stars; solid stars, not just in music but in other genres of the entertainment sector. The name had been legally registered as a limited liability company for over a decade, even before Solidstar, the artiste, wrote and released his debut single,” he said.