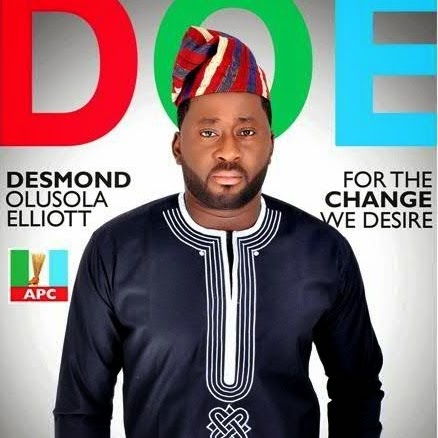 Nollywood movie director and producer Desmond Olusola Elliot has been picked as his party’s candidate for 2015 general elections.

Desmond Elliott who is currently eyeing a seat in the Lagos House of Assembly was picked as the winner of the primary elections that held this past weekend (Saturday the 29th of November, 2014) in Lagos.

Mr Elliott will be representing the Surulere 1 constituency in Lagos State House Of Assembly.

Congrats to the actor for successfully scaling the first hurdle in his political career.