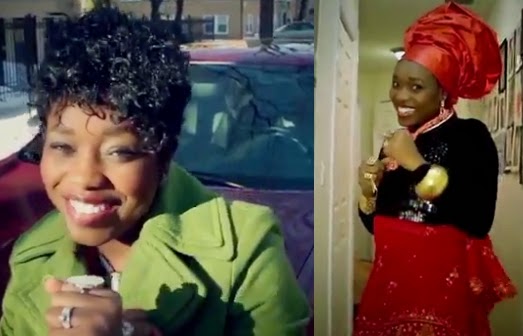 Gospel singer Kefee Obareki’s death is most-talked about Obituary news of 2014 in Nigeria.

Several months after her death, her memory and music still lives on.

The record label of the late gospel singer, Branama Afrique just released a single from her last album.

The first video titled Praise Medley is now in circulation.

It was shot at different locations in the United States of America and directed by her hubby, Teddy.

Derrick Pat Avre of the Nigerian Super Falcons starred in the praise album.