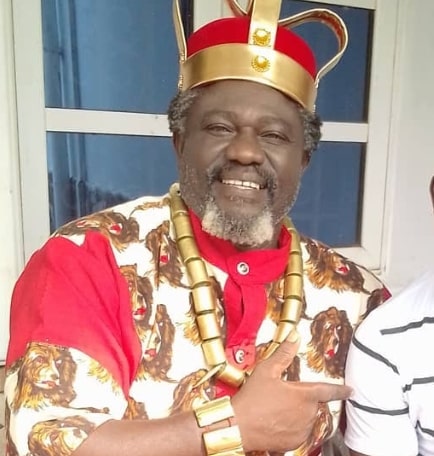 Nollywood has lost another icon.

The veteran actor who always play the honourable role of a king in movies has died.

Sir David Osagie reportedly died in his sleep few hours after returning from a movie set.

According to family sources, the actor who didn’t have any previous history of illness returned to his hotel room following a filming project on Tuesday the 3rd of May 2022.

Sadly he didn’t wake up in the morning on Wednesday when his colleagues went to check  up on him for failing to return to the movie set on time. 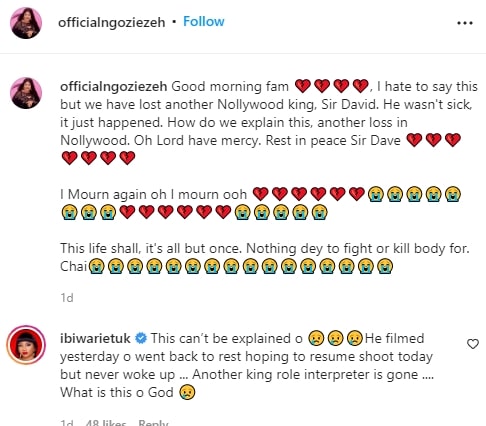