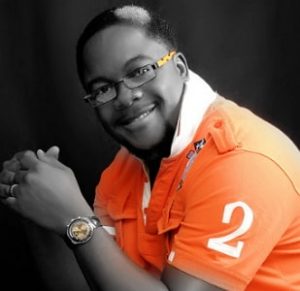 Fast rising Nollywood actor and filmmaker Gbenga Oyeyiga in a recent chat with Gbolahan Adetayo narrated what he did when his wife delivered stillborn twins.

See excerpt of the touching interview:

How long have you been into entertainment?

For those years, can you share with us your experience in acting?

The experience has been good anyway, but it’s being a tough task and mostly, it’s being very challenging. Most especially, when you get to movie locations, you see different characters trying to overshadow you on set. But after 5 years, I got used to it.

There was a time you ventured into movie productions; can you throw more light on that?

Yeah! Though I am a producer, I started a few years ago when I tried to produce and I liaised with some of my colleagues to know what it entails. I was told it is not easy especially the funding aspect of it. So, I gathered myself together and determined to achieve my aims which actually came to limelight. I have more than 5 movies to my credit now. I produced Towo Tomo. I started with Ibeji Orisa, Eburumi, Ebiti Opera, Ejire Oyila and Teminikan.

How did you come up with the concept?

The concept came right from the hospital. I had a set of twins and I lost them on the same day. This really touched me, I felt so bad about it and I said to myself that I needed to do something to call them back. So, one way or the other, I was with my wife and she shared the experience she went through in the labour room with me and that was how I was able to come up with the concept of Ibeji Orisa. I started writing the script with my wife, I sourced for the fund and I realized the dream. I, my wife and Sister Ayo Balogun actually funded it.

What was the market response to that movie?

After shooting the movie, I sold it out to Epsalum Movie Productions and the response was fine because people were like such a story is very superb and who’s this new guy. So, I realized that the market stuff was okay and encouraging. I was able to get my money. I was able to separate the profit from the capital. After producing the first one, the experience remains up there. And I got to know how to cope with my colleagues and all that.

You were once into music before joining acting, can you talk about this?

Right from my school and church days, I used to be in the cultural drama group. I was happy doing it and I felt it is a dream and talent which I can actually fulfill. The encouragement came from my wife who always gives me motivational words and that is what has been keeping me going up till date.

Nothing much, it just that I felt one has to ignore one project for another when the demand is higher than the other part. So, I felt there’s more demand in the movie industry and it was stylishly affecting the music. So, there is no option than to focus on the movies. I actually don’t sing, I only manage musicians and I feel I can make them achieve their visions quickly when it comes to stage performances.

I am from Ijebu Isara Remo, Ogun State. I came to Lagos to start schooling at Amuwo Odofin Primary School before I was changed to Ajumoni Primary school and my Secondary School was Odofin Secondary school. Thereafter, I proceeded to Moshood Abiola Polytechnic for my National Diploma and Higher National Degrees. Subsequently, I left Nigeria for South Africa for a while, and I was able to do a part time course in Cinematography at AFP films school in South Africa.

How many movies have you featured in now?

I can’t recollect at the moment, I have some that will come out soon. But right now, I can’t count them.

How about the one you did with Bukky Wright?

I have done two movies with her. She featured in my movie titled Ebiti Opera and also in Towo Tomo.