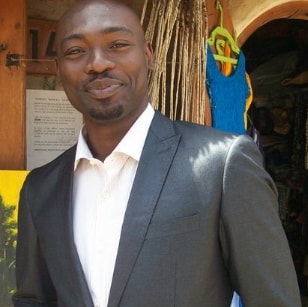 Not much is heard about you these days; are you still in the entertainment industry or have you become a politician or man of God?

I am still very much in the entertainment industry. You haven’t heard much from me in terms of movies, because I am currently developing modules for long term string of projects. It’s not going be a one-off. It’ll be sustaining and robust.

You are no longer a constant face on television; when last did you appear in a movie?

I am busy with something pretty big and different from what people are used to from this part of the world. It would soon be out. My last movie was actually in 2016. I think that was the only movie of that year. I’ve been rejecting scripts not because I don’t want to work but because the stuff I am putting together won’t afford me that much time to spend on a movie set right now. I get to travel a lot!

What job are you currently working on?

I’m working on none at the moment. But I have at least three movies in development.

How do you combine acting with your other vocations?

My career is a way of life. I don’t necessarily feel the weight or stress of what you call combination or overlap of duties when I have to joggle it with other things. I’m pretty fine.

Why did you choose acting instead of being a movie producer?

Actually, I am both. When I went to the New York Film Academy in Hollywood, I didn’t study acting all over again. I took a course in Filmmaking. So, without blowing my own trumpet out of proportion, I think I am a very fantastic producer at this moment. And I have proved that with the movie that I produced in the US shortly after I left film school. So, I am not choosing one over the other. I’m pretty cool being both an actor and a producer. Just that the acting side of me budded pretty earlier than the latter.

Have you started producing your own movies?

I have. Again, it’s all part of the stuff that I have in development. Because I understand the level of expectations from fans and friends, I have taken all this time to launch in a pretty impressive way.

Tell us about the movies you have produced?

I have produced Second Chances, since film school, and then there were Unshackled, Aunty Felicia, and Preacher’s Wife etc.

What are the challenges of being a movie producer?

I think the biggest challenge of being a movie producer is the unbelievable pressure to break a record. You’re under immense pressure to not just wow your audience but to make the most money! All these count in the statistics that eventually make you a successful producer. The other regional or tropical challenges cannot be enumerated. They vary from region to region.

What extra things did you do to get to where you are now?

Hard work. I always tell the story of how I noticed in the early days of my career that I had a dialectic undertone – in other words, whenever I spoke English, someone knew immediately what part of Nigeria I hailed from. Don’t we all have that problem? But there I was, aspiring to be an international star, and I battled with this stuff. So, one day, I pulled out and took a break from acting just to deal with that linguistic anomaly, in my view. I poured on every relevant material I could lay my hands on. I read and studied pronunciations in the dictionary like it was a novel. About nine or more weeks later, I bounced back ever ready to take on the world. A few years down the line, I made the list of ‘Nollywood Actors with the Best Diction’. And of course, you know,

I left my acting career midway at another point to pursue a career in Filmmaking and I went all the way to Hollywood to learn from the best. I’m never tired of trying to make myself better.

Did you ever fail at any time?

I failed several times. If I hadn’t failed so much, I wouldn’t be this wise and effective.

Were you ever afraid of succeeding in the profession?

I was at the onset. It never quite clicked for me. I almost contemplated an exit. But I stuck to it and made good, and thank God I did . I love what I do.

Tell us about your growing up, were you born with silver spoon?

I was born with neither silver nor bronze spoon. I don’t really know what to call that. We weren’t stupendously rich and we didn’t lack much as well. But growing up for me was fun and partially turbulent, because I was hopelessly stubborn. It was God that saved me. I used to fight and beat the crap out of people who were way older than I was. It was bizarre. Still a mystery how God caught me.

What is the craziest thing a fan has ever done to you?

A fan asked me to autograph her breasts.

Are you in any relationship; who is the lucky woman?

I’d rather not talk about that.

What kinds of women do you like going out with?

I hardly go out with women. But if I ever have a reason to, she has to be classy, discrete and decent.

Have you had an encounter with gay toasters?

I have. It happened once in Nigeria. Some very feminine looking guy approached me with all that crap, and I remember kneeling him down, placing my right hand on his head and blasting in tongues as I prayed for him. Since then, I haven’t had another encounter with gays.

Continue Reading
You may also like...
Related Topics:joseph okechukwu, nigeria

Nollywood Actor Blasts Chairman Of Fulani Herdsmen For Threatening Bloodshed Over Death Of 300 Cows
Nollywood Seer Habibat Jinad: God Showed Me The Current Situation In Nigeria But I Don’t Know Who To Tell