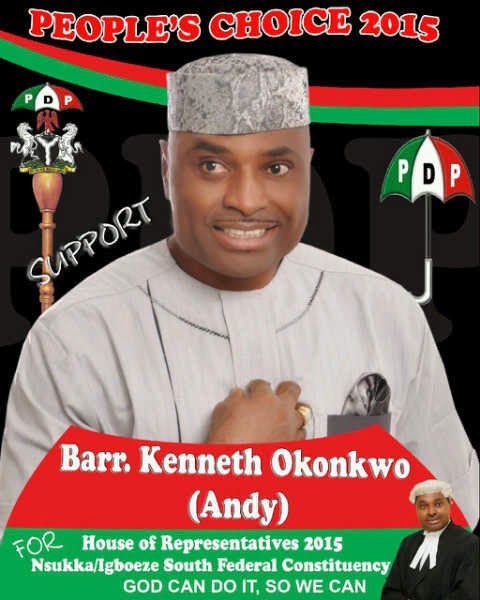 After Kate Henshaw, Dayo D1 Adeneye and others, another popular celebrity on political defeat radar is Barrister Kenneth Okonkwo.

Kenneth Okonkwo intentionally backed out of the PDP primaries slated for the 6th of Dec, 2014 as the state chapter of the PDP abandoned zoning in Nsukka/Igbo Eze south Federal Constituency.

At a meeting of Nsukka/ Igboeze south stakeholders that held at Enugu State Governors Lodge on Wednesday December  3rd, 2014, the Governor openly endorsed the former chairman of the party, Vitta Abah, who is from Nsukka East in contradiction to the zoning arrangement which ought to zone the House of Reps ticket to Nsukka west.

After the meeting, the Nollywood actor popularly called Andy dumped his political ambition.

He however came out to thank his supporters and well wishers.

These celebrities jumping into politics are learning their lessons in a hard way.