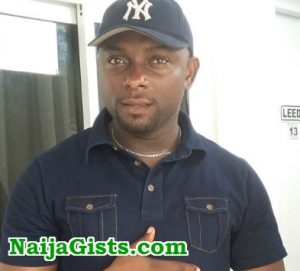 In this recent chat with Punch NG, Nollywood actor turned Unilag lecturer revealed why he moved towards academics. The handsome actor also lamented that people still think he is a promiscuous man, forgetting that he only acted out a script.

In the series, his character, Richard, was a promiscuous man who often deceived women.

The Secretary-General of the National Association of Nigerian Theatre Arts Practitioners, said,

“The ‘bad boy’ tag placed on me after acting in Super Story still lingers till today. Some women are always careful when they are around me. I am not worried as it means that I acted my role well in Super Story. Instead of me trying to convince people, I have allowed nature to take its course. Once I am around you, I am me and once I am on set, I am the actor. I am totally different from the characters I act. I am not a lover boy. I am driven by the philosophy of life and I am not too carried away by love. I look at things and think of the exit point.”

“I was one of the people who first made an impact in Super Story, but some of us felt we had to move on to other aspects of our lives. I particularly had to move towards academics. I am now a lecturer at UNILAG and I am also studying for my PhD. Super Story was not my first outing as an actor, but it gave me a very good platform to showcase what God has blessed me with. Now, I have produced and directed movies. If you don’t grow as an individual, the industry will forget you.”

“Some of my colleagues then were eager to do anything to be famous and most of them became lucky. But I was not aggressive enough because I am a Christian and I have always believed that God’s time is the best.”

When asked about his love life, that actor said;

“I am trusting God to get married this year. I need to take my time on marriage because I don’t want to rush in and rush out. I have told my parents to be patient with me,” he said.