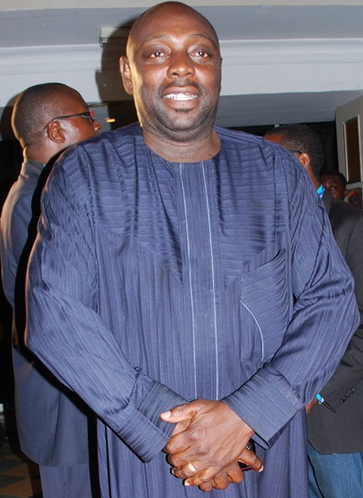 Former AGN President and actor Segun Arinze has been exposed as the king of baby making in Nollywood.

The lanky actor with a mellifluous voice has become an attraction to pretty ladies since he joined Nollywood several years ago.

In a recent chat with a Lagos based media outfit, Segun Arinze admitted that he has six children from three Nigerian women.

Mr Arinze has a daughter with his ex-wife, fellow actress Ann Njemanze. His legal wife has 3 children while his former mistress has 2 children.

The actor now describes himself as a man of one wife.

He is happily married to Julie.