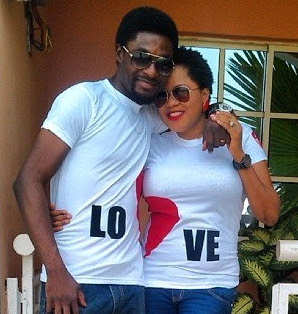 August 31, 2015 – Why Toyin Aimakhu Is Not Qualified To Divorce Her Husband – Nigerian Lawyer

This caption caught my attention ‘Toyin Aimakhu divorced’ the first thing i asked myself was ‘how long has she been on the process? then i read the story only to discover that she just changed her status on her social media handle from MRS to Miss and this got people talking, also it was reported that the husband Adeniyi Johnson moved out of their Lekki home to an unknown place.

The general rule is that a marriage is said to have ended after due process has been followed i.e. filling of divorce in a competent court with jurisdiction , application heard and the marriage dissolved, therefore mere moving out by either party does not bring to an end a marriage contracted under the Act (Court Marriage)

When will moving out of Matrimonial Home amount to automatic dissolution?mrnmrsjohnson

It is competent for High Court to dissolve any marriage ,once it is convinced that the marriage has broken down irretrievably.There are several grounds a petitioner can rely on for dissolution of marriage under the law (Matrimonial Causes Act), desertion is one by virtue of Section 15(2)(d) of the Matrimonial Causes Act, desertion by the respondent for a continuous period of one year immediately before the petition.

What the above is simply saying is that the petitioner (the person who want the marriage dissolved) must prove beyond reasonable doubt that the respondent (the other party) deserted him or her not less than one year before bringing an application for dissolution of the marriage.

Please note that a party who consented to the other party living apart for a continuous of one year or more for the purpose of working or whatsoever cannot rely on desertion for dissolution, it must be established that he/she did not at any point consent to living apart.

Conclusively, mere moving out by Adeniyi Johnson does not bring to an end his marriage with Toyin Aimakhu-Johnson.