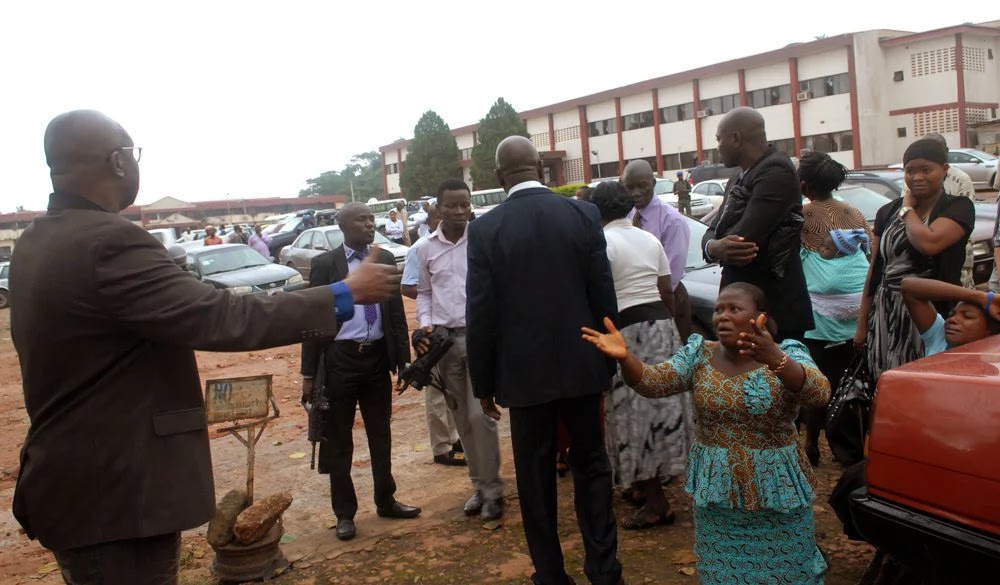 There was a mild drama at the Ekiti State Secretariat this morning after Governor Ayodele Fayose caught some civil servants coming late to work around 8:13am.

These civil servants were supposed to resume work at 8:00am but due to family issues,most of them resumed work around 8:13am.

The governor set up a trap for them with a personal visit.

Most of them scampered for safety on sighting Fayose but the ones he caught were subjected to the most degrading and inhuman treatment of them life.

However, Fayose took the punishment too far with his usual exuberance and dictatorial style.

After tongue lashing the workers for several minutes, he threatened to sack them, several of the workers and many who are older than Fayose were forced to go on their knees to beg the controversial governor so as to save their job. 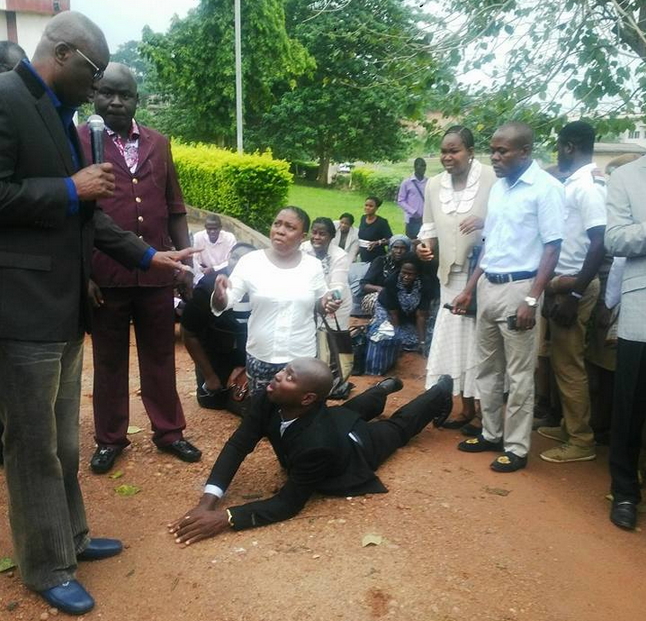 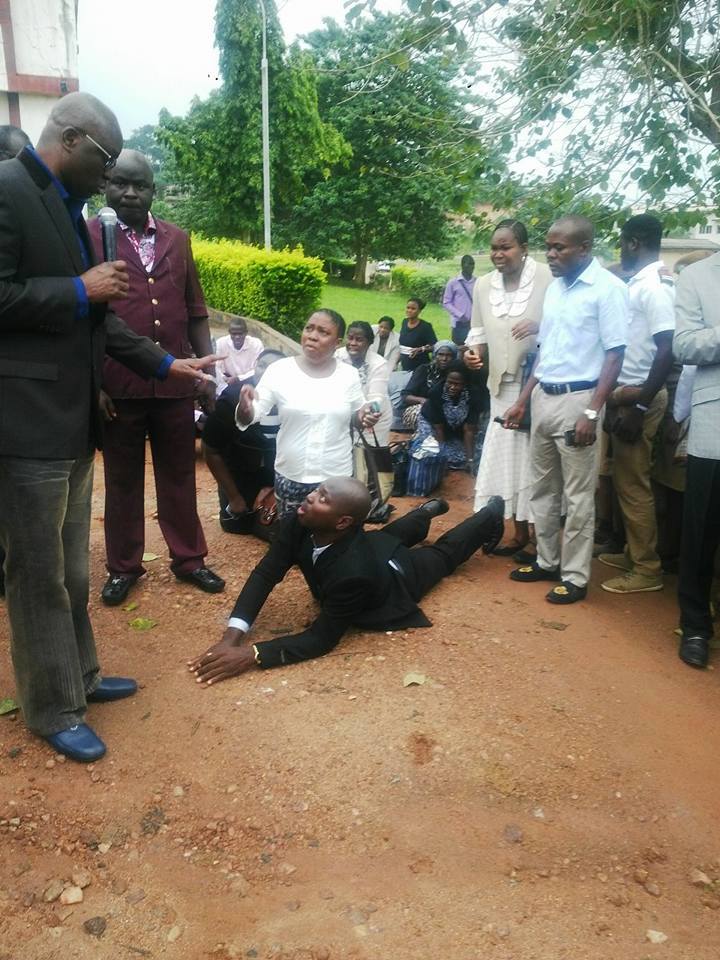 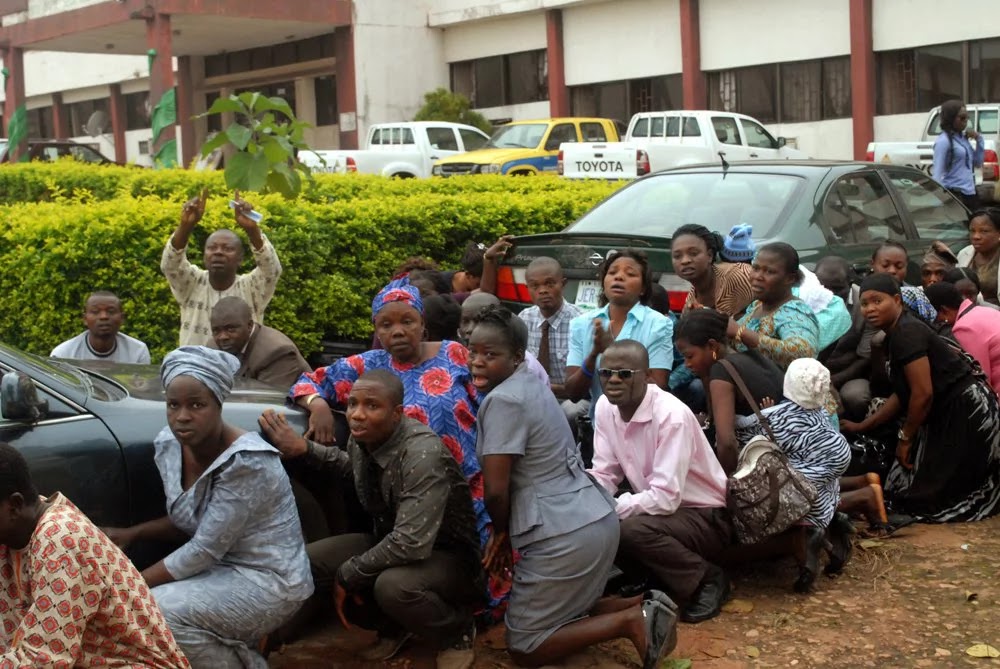 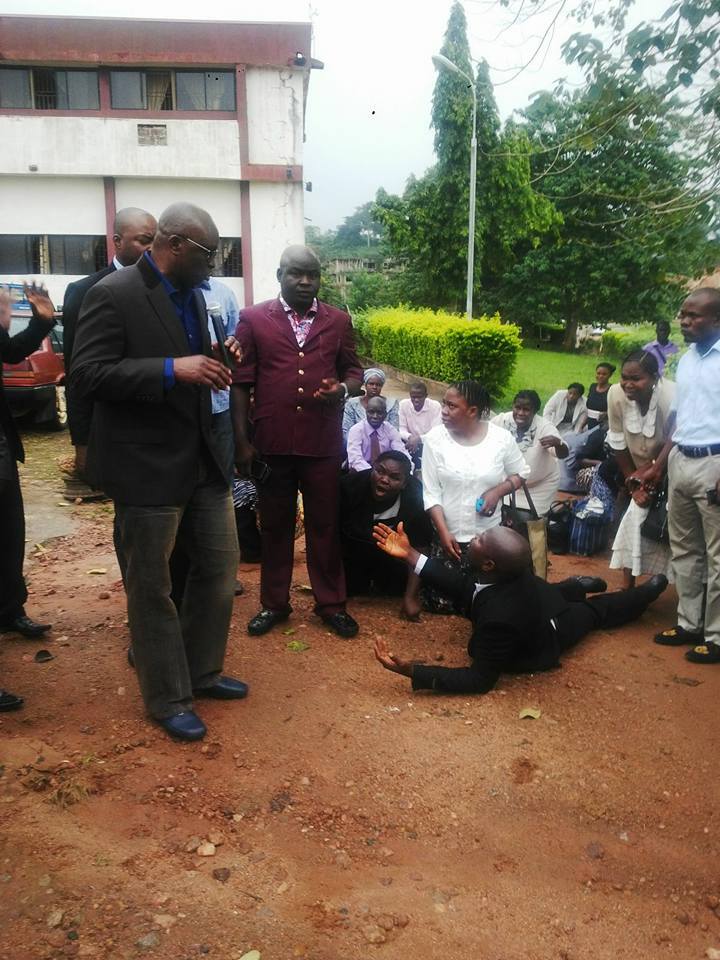 This is the most inhuman and degrading treatment meted out to Nigerian workers since the advent of democracy in 1999.

Ekiti people haven’t seen anything yet. This is the beginning of a dictatorship era.