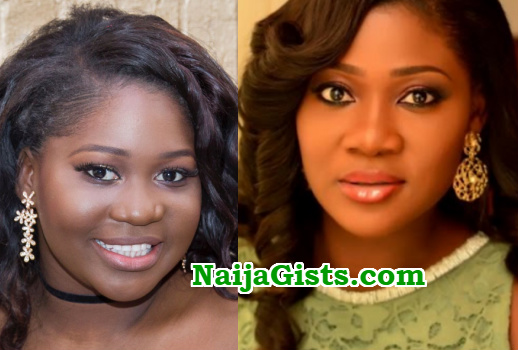 Budding actress, Adedoyin Akande, is ready to take the bull by the horn in order to achieve her goal of becoming a super star.

The Birmingham City University graduate of Business and HRM, who plays the lead character in her mother’s film, ‘Broken’, told Inside Nollywood how challenging the role was.

“The role was challenging. It was my first time shooting in Nigeria. Adjusting to the heat and getting a good enough Nigerian accent were my biggest worries.

Getting right the emotional part of the role was also something that was challenging. For a lot of people going through that, it’s their life, so I wanted to do my best to capture the right emotion,” she said.

Akande noted that her skills and talents make fans mistake her for a super star, Mercy Johnson. “It’s so funny, a lot of people say I look like Mercy Johnson. I personally don’t see it. But I love her acting; it’s easy, it’s smooth and natural. So, I’d say she’s my favourite”. [Source]

Wale Ojo: I Asked Omotola Jalade’s Husband For Permission Before Kissing Her On Alter Ego Set
Kidnapper Evans Moved To Secret Location In Abuja As Gang Members Plan To Free Him From Detention