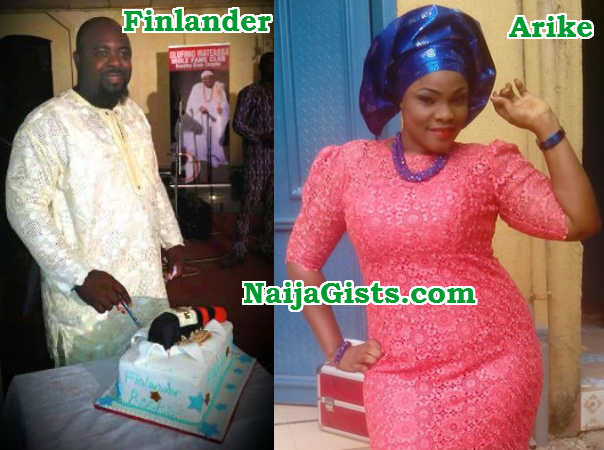 Budding Nollywood actress Opeyemi Onaduja aka Arike Totalenu is currently on the run days after she helped a US-based socialite aka Finlander to sell yards of Ankara at a function in Ikeja Lagos.

According to fillers, Arike is fond of buying things on credit but that didn’t go well with Nigerian-born American bizman popularly called Finlander who gave her several yards of Ankara to sell only for her to flee with the money.

Finlander said the Ankara is meant for guests who attended his birthday party that held at De Hall Events center on Awolowo Way in Ikeja Lagos on Saturday the 13th of June 2015.

Hear what Finlander told fans about the actress:

“I am a fan of King Saheed Osupa. Sometimes I do give out gifts and buy Ankara for fans who love to attend Osupa’s shows but can’t afford the cloth. All these competitions and presentation usually takes place on Olufimo fan page on facebook. I got to know Arike Totalenu when she wanted to launch her movie titled WAMI.

Osupa was the guest musician,so as I usually do, I organised a competition for fans, and three people won the ankara to attend her movie launch. That was my first encounter with her. So when I wanted to do my show, she promised to help me by inviting some notable people who attended her show.

She then said she will help me sell ankara but I will give her something to cover her fuel costs. She said she will take #1,000 per 12yards and I agreed due to the people she promised to invite and I gave her 5 bundles (12 yards per bundle) which is #4,500 per six yards and 12 yards is #9,000.

She want to defraud me because I am a novice and am not living in Nigeria. That was why I decided to voice out for people to know about it”. 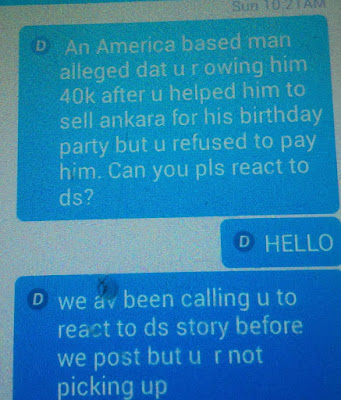 Opeyemi Onaduja is yet to respond to the allegations.