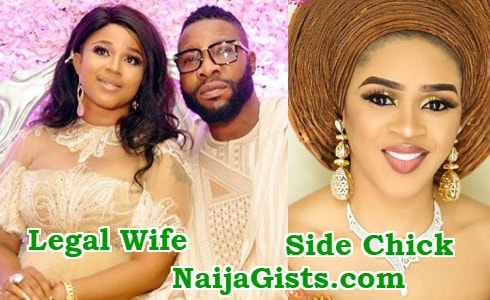 NURTW official Koko Zaria’s wife and his mistress have once again clashed on the social media.

For those who missed there story, Kokozaria who had been married to Oyinda for over a decade got actress Awele Odita pregnant last year resulting in the birth of a baby boy.

For a while, the two women had formed a camaraderie that many had presumed strange considering the fact that Oyinda had initially called out Awele for snatching her hubby.

However, all had died down after the birth of the child as Kokozaria had called them both his queens. A temporary peace had reigned until recently when it seems Kokozaria had shifted all his attention to his first wife, the mother of his two girls, unwittingly causing deep jealousy!

Last week, Oyinda had clocked forty and Koko had gone all out for her celebrating her like never before, with public display of affection on his page. In many posts, he had shared photos of himself kissing his wife passionately, calling her his only Queen.

This seem to have infuriated Awele who is based in the US with her son. The young actress had shared a post celebrating another woman, listing the virtues of a good woman and with hashtags, she had bashed Oyinda who is enjoying her husband’s attention. 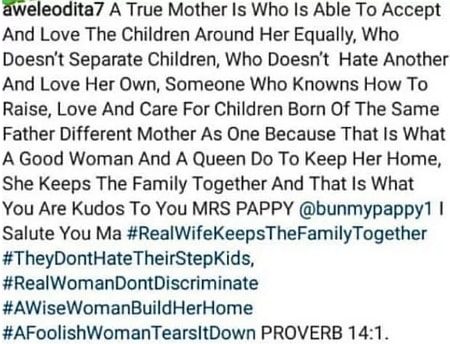 Things had gotten out of hand and the actress was dragged mercilessly on her page for expecting too much after trying to snatch another man’s husband.