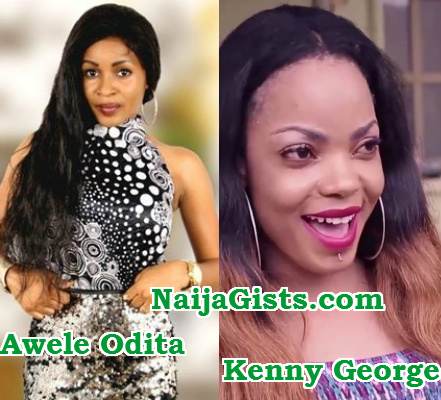 In an exclusive chat with YMG, Kenny George said she is not in any romantic relationship with Koko Zaria.

“I am not fighting Odita, she thought I am dating her man, she has been saying all sort of nonsense about me. I did a job with Koko Zaria and that was all. She had a physical fight with him not me. I think she felt threatened and I can never date Koko Zaria because I am happily married with 3 kids. He only gave me money to shoot a movie for him whom he also featured in”.

Awele Odita on the other hand has turned down interview request because the man she is fighting over is a married father of two. 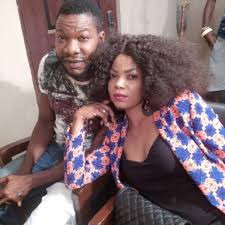 Kenny George has left Nigeria for her base in the United Kingdom.