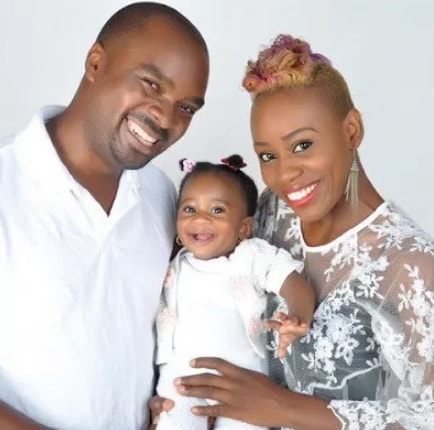 A graduate of Biochemistry, how did you end up as an actress?

I have always been passionate about acting. I actually started taking it (acting) serious at the age of 14. I was part of a theatre group called the Creative Squad if I remember correctly. That was in Benin. We were performing at the Abacha Cultural Centre then. I think it’s named something else now. That was for me my very first stint in professional acting. And then I went to university. While at university, I was writing films and sending it to marketers. And then finished with university in 2006/2007 and started doing this full time.

How do you manage your time as a woman and filmmaker?

Every day I learn as I go. There is no manual. Sometimes I mess up but keep it moving. It’s not been easy but when you have support, it seems like it is easy but it’s not easy. With every responsibility in life, you just have to man up and do what you have to do. So, for me, when it comes to the work, we do the work. When it comes to family, it’s all about the family. I just do not like carrying over family into work. They are separate entities and I treat them as such.

Tell us about your role in Taxi Driver Oko Asewo. How would you describe it?

I played Delia – a call girl. It feels good to be able to impersonate and play any given character. This was no exception.

Have you always had hair on low-cut?

No… this was for a movie my company did, Taxi Driver Oko Asewo. I had a pink and purple mohawk for the movie. And after that, I cut it for another I did where I was a car thief. It was J and Hustle but called Jimi Bendel. I kept the look because my husband likes it.

You had to cut your hair for Taxi Driver?

Yes. Because I wanted the role and the director, my husband, didn’t want me to play the part because it was an asewo (prostitute) role and I’ve done a lot of asewo roles in the past but I don’t care. I just wanted to work. I wanted to act. It was my company producing it and I really needed the part. And I remember when he was writing about the character, he encountered a woman at Oshodi, a young girl who was a sexual worker. When he came home that day, he said, ‘oh, her hair was like this, like this. I want that character to be like that.’

So, when I saw that the role was not coming to me, I went to cut the hair like that character and came back and said, ‘do I look like her now?’ (Laughs). I got the role instantly. (Laughs) He didn’t have the heart to say no. I mean, I had cut my hair, the glory of a woman. I took it off for a movie.

You tinted your hair at one time; did you get frowned at as an African woman?

If anyone did, I took no notice. It’s my hair after all.

It came as a result of a grant I got to develop an original piece. I decided on a one-woman show chronicling the life and journey of eight different characters from various plays.

I heard about a competition where they wanted creatives to create something original for a grant in the UK. And they needed 15 Nigerians here and 15 Nigerians resident in the UK and I applied for it. The first project I sent in was turned down. Then I sent in another one which was the one-woman show. For me, loving strong female characters, I wanted it full of strong female characters in a similar story.

And I had to pull them from books written by Nigerian playwrights. That for me too, was quite difficult because I didn’t know how to marry all of them together – how they can become seamless. But I had help. Aunty Joke Silva tutored me along the way; I had friends who were writers. We bounced ideas off each other. One of them was my lecturer at film school, Sunkami Adebayo. And we came up with what became Chronicles of Heroines from Nigerian Plays. And I sent that in and got the grant. I performed for about 10 minute’s excerpt of it during the cultural Olympiad.

You have really done well for yourself, what is the secret?

Tenacity and hard work I can say is the secret that has taken me this far.

Tell us about the road to stardom

I am not a star; just a working actor. My film debut was in El Dorado. It was a TV series by Fidelis Dukker. I had about six scenes as the secretary. I recall very well. We shot at his (Dukker) office then at Finbarrs Road and we finished quite late. Even before we started, I was anxious because I wanted to please. You know, it was my first time on set, first time acting for him. I was hoping I nailed it for him and all that. No much correction was made. I expected him to say, ‘cut, no, that’s not how to do it’ but I didn’t get any of that. I guess I wasn’t the primary force. We finished quite late and I had no means of getting home. I wasn’t mobile. So, it was someone else who dropped me at Surulere where I was squatting with a friend.

What would you say is the best thing that has happened to you as an actress?

The growth brought about by playing different characters.

Keeping a trimmed figure, how have you been able to maintain it?

Trust me, I got my good genes from my father. However, I eat healthy. No fizzys or sweet tooth for me.

Why did you decide to marry someone from the same industry?

I fell in love. That’s what happened.

Does he interfere in your script selection?

He tries to but I am stubborn. I wanna work. 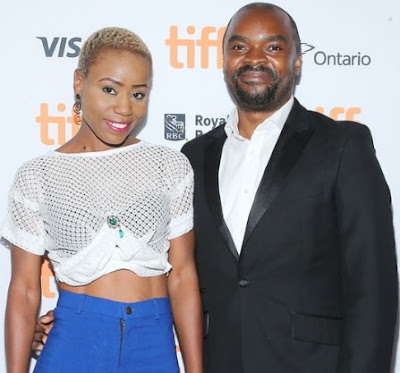 Does your husband get jealous of the roles you play?

Your husband is also a filmmaker and with the role you played in Taxi driver. As your husband, how did he feel?

Trust me, out of five asewo roles, he has given me four. (Laughs) He’s a filmmaker. They are the ones who create these roles for us and put us in it. You’re an actor. You become what the script says you should become. It’s not a reflection of who you are or what you can be. It’s just a reflection of using your God-given talents to portray characters to its realest essence.

Do you see your marriage having challenges working in the same environment with your spouse?

It’s only normal. But we chose this. So we make it work regardless. 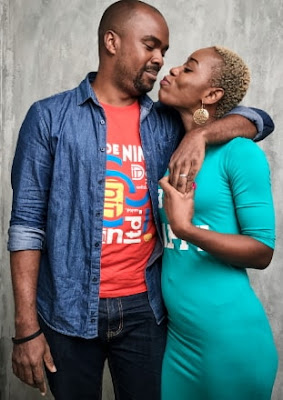 Is your work one of the reason you are spacing on child rearing, which is unlike African women?