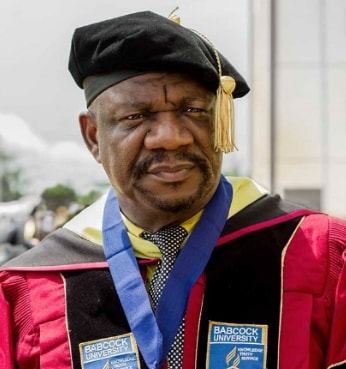 Veteran actor, Alex Omiagbo Usifo in this recent interview with The Entertainer revealed why he was missing in action on the screen for a long time. He also talked about other interesting issues.

You’ve been missing in action for quite some time, where have you been?

I actually went back to school to do my Ph.D at Babcock University. I read Information and Resources Management. I specialised in Knowledge Management. During the period, I was still going out to shoot movies. What you can say is that I have not been featuring in movies frequently. I had my convocation in June last year and I have been shooting since then. As I am talking to you, I have other scripts that I am studying with the aim of taking part in the productions.

Which are your most challenging roles?

There is no role that is not challenging, because they all involve acting. For you to portray well the character in your script, you have to understand the script, get into the character, and master your lines, while the director is on set barking out instructions. Actors are expected to get the lines right by all means. This can only be achieved through rigorous repeats, so as to get the expected result. Hence, everybody involved in the production must be committed and serious, no matter how minor the roles might be.

You are fond of playing the bad guy, why?

Choosing a role is solely the producer’s prerogative. You are not the one to choose the role you want to play as an actor. The producer auditions every actor for roles and assigns you any one he deems fit, judging from your looks. So, my clean-shaven head is the producer or director’s handiwork because they always gave me the role that required me to be clean-shaven. That was how my current look came about. However, it has not affected my versatility as an actor.

How did you start acting?

It all started as a little boy during my primary school days at Akintola Methodist School, Ibadan, Oyo State. I continued acting in my secondary school where I formed the Literary and Debating Society, and the drama group. Even while I was at University of Lagos, I also took part in productions. I was in Larry Williams’ Play House. You can see from the picture painted that I did not stumble on acting.

What was the reaction of your wife to your clean-shaven head?

(Laughter) Oh yes, I have always had my hair clean-shaven as an actor when I started playing the bad guy. It was that time I met my wife. She did not know that I was the actor she has been seeing on screen. Funny enough, she was not watching me on television then. It was after we had met that she realised that, ‘oh this guy is the actor I have been seeing on television’. I think she was in a salon one day when people were talking about me, they were reacting to a story Climax magazine, then one of the hottest soft sell magazines, did on me. I was in that magazine and she saw a copy of it, so that was how she confirmed that I was an actor. She did not marry me because I was acting; rather she fell in love with me as somebody who appealed to her. How did she react to my clean-shaven head? There was no reaction of any sort. She believed I was doing a professional job, a job that requires me to clean-shave always

Do you have plans to become a movie director?

Yes, this is expected as a veteran actor. However, I have a lot of things drawn up for now, especially in the area of production. About three or four years ago, I produced a soap in Benin entitled, Hard Strings, it’s about 32 episodes. I was the producer and artistic director. I also produced for somebody who came from Bahamas. I am a member of Director Guild of Nigeria (DGN).

They have to look inwards; they don’t have to do it because others are doing it. They have to search themselves properly, if they can actually do it. There are people that do not actually belong to this industry. If they have something to offer, then they should hold on to that thing. And they have to be very diligent, disciplined and they must have confidence in themselves. Also, they must have confidence in God. God will certainly direct them to the right people. But they should not go about it desperately.

4 thoughts on “Alex Usifo: I Quit Acting Temporarily To Further My Education”