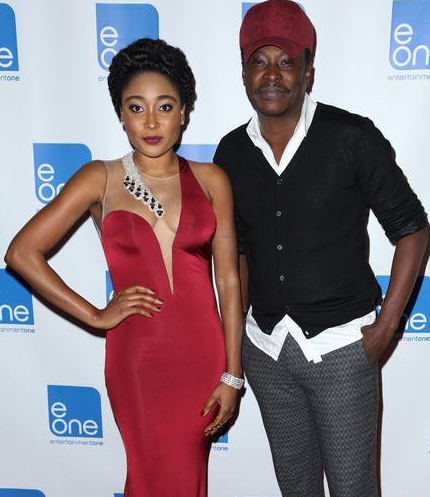 The beautiful mother of one said she met her now ex-hubby Jeta Amata during a acting audition in Calabar.

See excerpts from her discussion with City People below:

‘‘I was pretty young when I started acting, I was barely 16 and that was in 2001 but I was already into modelling. I attended an audition in Calabar that my husband organized so when I got there he auditioned me, he was like he doesn’t know what am doing in that modelling agency because this is where I belong and then my career started from there.

I was into modelling and also a beauty queen then, after my secondary school, I decided to go into pageantry, and I won the crown of the most beautiful girl in Akwa Ibom State. I was also the second runner up at the Miss Nigeria pageant in 2004, then acting came calling and I dished modelling but I have a very strong passion for fashion that was why I went into it in the first place ‘‘

‘‘I was so nervous because I was very young then, everyone was more experienced. But surprising after that audition I didn’t get to be at auditions again because the jobs started coming. The first movie I featured in was supposed to be a TV series and an epic story as well but it was later converted into a movie, after that performance, I kind of automatically started getting other roles. On the role her ex-husband played, ‘‘I didn’t feel frustrated as a young actor then and that was because Jeta was like a determining factor to me and a good encouragement.

‘He was the one that conducted my first audition in Calabar, I went in for it and he asked me to read a line. After I did, he was like wow you read so well, I wonder what you are doing in modelling. After I got the role, we started shooting and one day he just walked up to me and said, look am going to marry you, and I was like, are you kidding me? Am 16 going on 17 and he said no problem I will wait. And that was one of the things about him that got my fancy because he was so honourable, he is one guy who says something and sticks to it’’.

‘‘I had dreams and aspirations as a young girl and I had my career ahead of me though I got married at a young age. At some point one had to give way for the other.

After their marriage, the couple relocated to the United States of America.

Their 5 years marriage packed up in 2013 and Mbong returned to Nigeria to face her career.