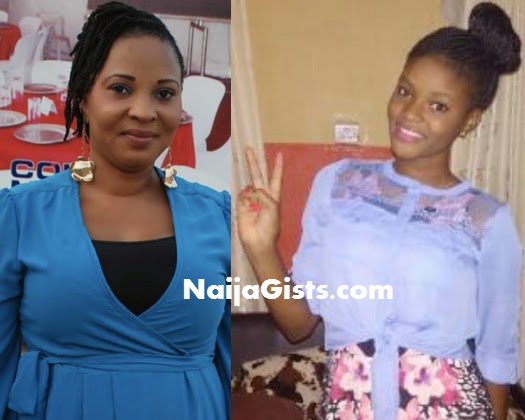 Pictured above is the teenage daughter of Nollywood actress Moji Olaiya. She recently showed her beautiful face with fans.

In a recent interview, the mother of one talked about her failed marriage and promised to reveal the identity of her new partner soon.

How have you been coping after separation from your husband?

A woman needs a man in her life. There are things a man would do that you cannot do as a woman but I have no regret leaving my marriage.

Why did you say you have no regrets?

I have no regret leaving my marriage but I regret not being under a man’s roof. It is not respectable in this part of the world. But I try to comport myself even as a divorced woman and as a typical Yoruba woman and to avoid scandal. I have a daughter to protect and cater for.

What was the cause of your failed marriage?

The marriage was not working so I had to quit. My partner went as far as abusing me so I had to leave to protect myself and my daughter.

Any man in the picture at present?

I am in a relationship but I am yet to be legally separated from my husband.

Yes. So at the right time I will reveal who the man is. I need somebody beside me.