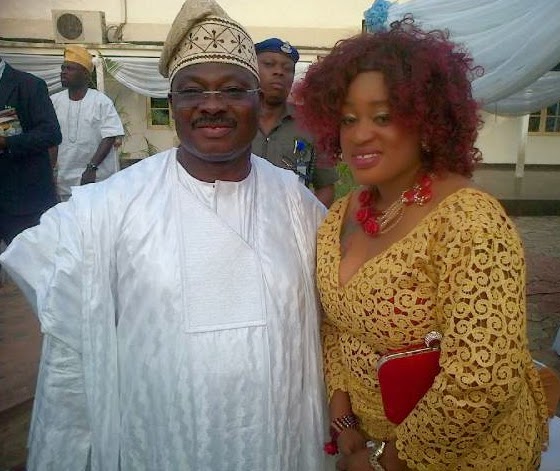 Upcoming Nollywood star Tamilore Ojo aka Tammy whose acting prowess was recently noticed by City People and awarded The Most Promising Actress of 2014 recently met with Governor Isiaka Abiola Ajimobi at a function in Oyo State.

According to eagle eyes at the event, Ajimobi was so impressed with the actress and encouraged her to keep up the tempo in her career because she is destined for the top.

Another source who alleged that the two exchanged numbers at the event said they were also spotted together in Ogun state recently.