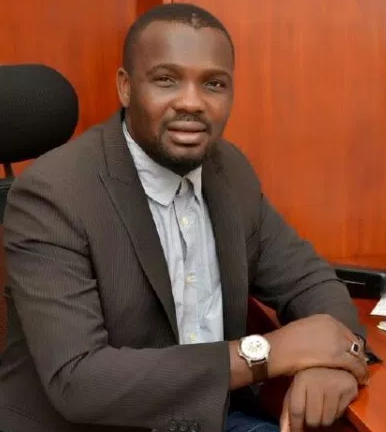 On Wednesday, Nollywood actor Yomi Fabiyi who volunteered as the president of Nollywood burial committee due to his undying love for burials took to the social media to call out some veteran actors who allegedly called for a meeting on the day Moji Olaiya was to be buried, though he didn’t mention name, he said some things on the social media that doesn’t make sense.

Well, NG contacted a Nollywood actress who in turn contacted some key figures in the Yoruba sector of Nollywood who debunked Yomi Fabiyi’s claim, calling it a mere fabrication.

The source said Yomi Fabiyi is afraid he might lose his position as a volunteer burial coordinator if the industry elders were allowed to do the proper thing and so used the avenue to turn Yoruba movie lovers against them.

“Whatever the young boy wrote on Facebook is not coming from us, all he wrote were fabricated for his own gain” – said a veteran actor to our source.

See the incoherent messages Fabiyi wrote on IG and Twitter on Wednesday to wage war against his imaginary enemies. 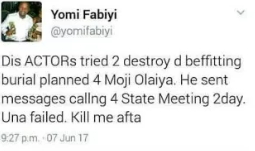 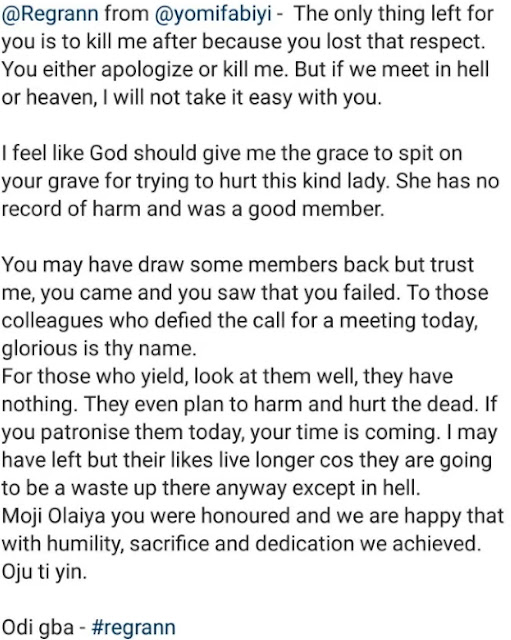 E be like say Oga Fabiyi don dey kolo… Why make up story for mere sympathy???

Even during Moji Olaiya burial preparation, na only him carry the matter for head.

These attention seekers can go to any length.